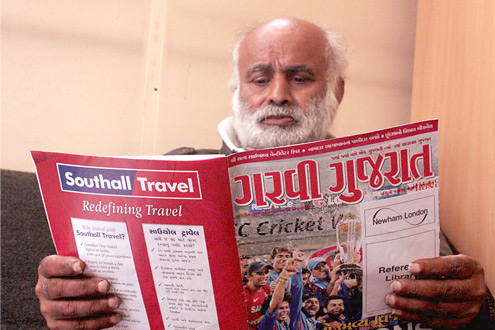 The London borough of Newham has decided to remove all of its foreign language newspapers and magazines from its libraries.

The controversial decision was made by Sir Robin Wales, long-running Labour Party Mayor of Newham, to encourage the use of English in one of the most culturally diverse London boroughs.

With over 70 percent of Newham’s population comprised of minority ethnic groups, many of whom speak English as a second language, the decision has caused uproar. However, some of Newham’s librarians claim that the measure is a result of the council’s policy of encouraging residents to learn English to improve unemployment rates in the area.

Among the most affected will be the large Asian communities residing in areas such as East Ham, Canning town and Forest Gate.

As one librarian described the ban as a “shame” and “unfair” having already noticed a drop in the number of people using the library for foreign language resources, resident Mr D. Patel, 78, of East Ham gave a more personal insight regarding the immediate consequences he will face as a regular user of East Ham library, saying that he had “little knowledge of computers” and relied solely on the library for its subscription to a well known Gujarati magazine.

Many of those residents affected do not have access to alternative reading resources, having been reliant on libraries for years. Additionally, local retailers only carry a limited stock of publications, mainly in English or Urdu, unsuitable for the needs of many.

Prior to the move, Newham’s Stratford and East Ham libraries had stocked a comprehensive range of foreign language newspapers and magazines, including publications in Urdu, Bengali, Hindi and Arabic. Now, they can only offer readers back issues, as subscriptions have ended and shelves stand empty. — Athina Kontos