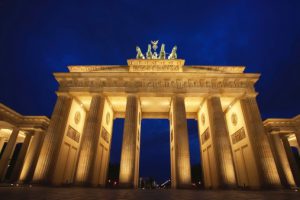 German chancellor Angela Merkel’s conservative coalition is calling for an increase in the use of German in Europe in its campaign program. If the conservative members are re-elected in September, they will push for the language to be treated on a par with English and French in the European Union (EU).

“We will push for a further strengthening of the German language in Europe. Our goal is that it is treated in the same way as English and French in the European Parliament, the (European) Commission and (European) Council,” states a draft manifesto from Merkel’s Christian Democratic Union (CDU) and its sister party, the Christian Social Union (CSU).

German is the EU’s most frequently spoken native language and one of its three working languages, but English and French have been the dominant working languages of the EU in recent years, despite expansion of the union since 2004 from 15 to 27 members, mostly from Eastern Europe, where English is a more common second language and German is also more widely spoken.

Merkel’s coalition complained that German was not receiving equal treatment in its 2009 program, but Germany’s growing economic power within Europe since the outbreak of the eurozone debt crisis just over three years ago lends new meaning to the demand. Volker Kauder, leader of Merkel’s conservatives in parliament, caused a furor in 2011 when, at the height of the crisis, he boasted that “Europe speaks German.”

“According to a survey by the British broadcaster BBC, Germany is the most-liked country in the world,” claims the manifesto.