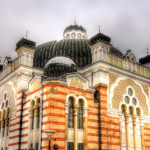 A government decision in 2012 started an official dialogue offering Spanish citizenship to Sephardic Jews in compensation for their ancestor’s expulsion from Spain during the Spanish Inquisition. Citizenship will be granted to descendants of Sephardi Jews provided they hire a Spanish notary and pass exams on Spanish language and history. The tests will be administered by the Cervantes Institute, a Spanish government entity that conducts courses in Spanish culture and language, and offered in over 20 countries. “The procedure for acquiring Spanish nationality regulated in this law will be electronic,” the law reads. “The request will be in Spanish and will be overseen by the General Directorate of Registrars and Notaries.” Portugal recently passed a similar law that is more open-ended and does not require proven fluency in Portuguese.

Candidates will also need to apply to the Federation of Jewish Communities of Spain (FCJE). The FCJE President, Isaac Querub Caro, commented in a recent El Pais Op-Ed, “Today, we write a happy page of reunion, agreement, dialog and hope that enriches us as people and which makes Spanish Jews feel proud to be behind the door that our country is opening.” Some argue that the Spanish decision is too restrictive compared to the more inclusive Portuguese law. Lawmakers from the United Left and Basque National Party also argue that the law discriminates against those expelled during the Inquisition who were non-Jews, such as Muslims. Both the Spanish and Portuguese royal edicts during the Inquisition gave the options for Jewish communities to convert to Catholicism and stay in the kingdom, maintain their Jewish faith and leave the kingdom, or be put to death without trial. These edicts, combined with Spanish cultural influence, resulted in the unique diasporic identity associated with the Sephardic Jewish community. The Sephardic Judeo-Spanish community speaks Ladino, a language descended from Old Spanish, Hebrew, and other Semitic influences. However, “Sepharad” still means “Spain” in Modern Hebrew.