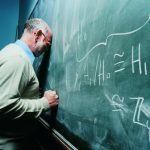 According to a 2015 report by the Arizona Department of Education thousands of teachers have left the state over the last five years, with a significant increase in the last school year. Educators say that reasons for leaving the state include low pay, a lack of classroom materials, and restrictive testing requirements that allow little time for genuine instruction. Census Bureau statistics revealed that Arizona spends an average of $7,208 per student, which is near the bottom of the state list, with the average state spending about $10,700 per student. However, Arizona ranked among the top in a list of states that received the largest percentage of educational revenue from the federal government.

Andrew Morrill, the president of the Arizona Education Association, told CBS 5 in Phoenix , “We think this is the largest documented teacher shortage that Arizona has faced in decades.” Arizona Governor Doug Ducey has voiced his support on a proposal to use $1.8 billion towards schools for five years following 2016, but this doesn’t necessarily equate to current support of public education. The Washington Post reported that during the slow climb to a public vote policymakers advise more public acknowledgment of the value of teaching as a profession and the current need for effective educators. Rather than simply increased funding, they suggest that research be done in regards to teacher retention as well as the best practices in educator evaluation. Both preparation and promotion need to be addressed in order to help Arizona’s educators.