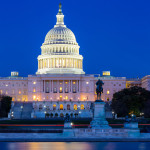 “In today’s global economy, K-12 foreign language and cultural knowledge have become necessary skills for government, private-sector, and non-profit employers,” said Congressman Price. “Federal incentives will help to ensure we are providing these competencies and equipping the next generation of leaders with the skills to communicate and collaborate across borders.”

“With over 150 languages spoken in Queens, I’ve seen firsthand how language can be a gateway to cultural understanding,” said Congressman Crowley. “In addition to increasing our young people’s interest in other cultures, studies show that learning a foreign language greatly benefits students’ success in other core areas, such as math and critical thinking. We should do everything we can to prepare and equip the next generation of American workers with the skills needed to compete in the global economy, and that includes expanding opportunities to learn foreign languages.”

“I am proud to cosponsor the World Language Advancement Act and appreciate Congressman Price for leading up this bipartisan legislation,” said Congressman Don Young. “In addition to increasing academic achievement through innovative, community-based learning programs, I am particularly pleased to see this bill include a focus on Alaska Native and American Indian languages. Teaching, preserving, and promoting the use of indigenous languages is tremendously important for Native communities in my state, and around the country. ”

The World Language Advancement Act would fill the gap created by the demise of the Foreign Language Assistance Program in 2012 and foster the language learning pipeline by providing competitive grants to states and local school districts to support the establishment, improvement, or expansion of innovative programs in language learning in grades K-12.

The bill’s introduction owes much to the commitment of the Joint National Committee for Languages – National Council for Languages and International Studies (JNCL-NCLIS) and the American Council on the Teaching of Foreign Languages (ACTFL). “This bipartisan bill demonstrates leadership and commitment to providing American children access to world-class world language programs. It will advance American education, helping to close achievement gaps, and prepare American children for one of the linchpin skills of the 21st century knowledge economy,” commented JNCL-NCLIS Executive Director, Bill Rivers

ACTFL President Jacque Van Houten added “The ACTFL membership is excited to see this level of support for language education, particularly at a time when knowledge of other languages and cultures is a critical skill for all students in the U.S.”