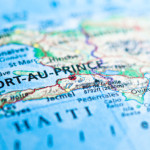 Haiti has two official languages; French and the French-based Hatian Kreyòl. Until recently, education in Haiti was conducted with French as the primary language of instruction, despite the French language being spoken only by an elite 10% of the population. Quality education in Haiti was only available to very few because of this socio-economic language barrier, with many teachers themselves not fluent in French. Michael McGraff of the MIT-Haitian initiative worked with Haiti’s Ministry of National Education and Professional Training (MENFP) to establish the conventions around the use of Kreyòl and the promotion of Kreyòl in all sectors of Haitian society, saying, “Haitian children who are taught in Kreyòl achieve much higher learning gains than their counterparts who learn in French. Once children have strong foundations in their native language, they are better equipped to learn all academic subjects, including second languages such as French.”

The MIT-Haiti initiative began in 2010 with a plan to modernize and democratize education for all in Haiti. In 2013 MIT signed an agreement with the Haitian government to promote Kreyòl-language STEM (science, technology, engineering, and math) education. Now, two years later, the results of the government’s support for native language education can be seen. McGraff defends the Kreyòl language, sometimes thought of as simpler by linguists and unfit for formal education, saying, “The MIT-Haiti Initiative has provided living proof that Kreyòl is perfectly usable as a language of instruction for advanced mathematics, physics, biology, and more. Better yet, the use of Kreyòl in the classroom improves the quality of teaching. We’ve been documenting such improvement with Haitian students and faculty who have participated in our NSF-funded work in Haiti since 2010.” McGraff hopes to further promote Kreyòl and defend Kreyòl speakers’ linguistic rights, reflecting on his belief that the students’ “joyful creativity is set free when they can learn in their native Kreyòl.”