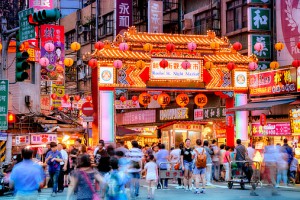 Taiwan’s president Tsai Ing-wen has issued the first apology in the country’s history to its indigenous people. Tsai took office in May amid expectations from the island’s indigenous peoples, partly due to her background, as her paternal grandmother is of Paiwan descent—the second-largest Aboriginal tribe of Taiwan. She promised to pay more attention to the struggles of Taiwan’s indigenous people and is following up.

Tsai addressed the 400 years of mistreatment of the indigenous people of Taiwan, including their land being stripped from them, political marginalization, and unethical treatment.

“These first inhabitants lived their lives and had their own languages, cultures, customs, and domains. But then, without their consent, another group of people arrived on these shores, and in the course of history, took everything from the first inhabitants who, on the land they had known most intimately, became displaced, foreign, non-mainstream, and marginalized,” Tsai said

Over 540,000 Taiwanese residents are members of the 16 Aboriginal groups that the Council of Indigenous Peoples officially recognizes, including the Amis, Atayal, and Paiwan. Taiwan’s earliest known residents are thought to be the Austronesian people who arrived 6,000 years ago. Taiwan may have been the place of origin for the entire Austronesian language family which ranges from Madagascar to Polynesia. Taiwan’s importance to the Austronesian language family heightens the apprehension about its loss of Aboriginal-language speakers.

Tsai also announced, “On November 1 of this year, we will begin to delineate and announce indigenous traditional territories and lands. The system of tribal public corporation is already in place. In the future, the ideals of indigenous self-government will be realized step by step. We will step up the pace and submit for legislative deliberation three laws of great importance to indigenous peoples: the Indigenous Peoples Self-Government Law, the Indigenous Peoples Land and Sea Areas Law, and the Indigenous Languages Development Law.”

Tsai ended with a call for citizens to work together, and declared, “In the future, we will push for policies to ensure that succeeding generations of indigenous tribes and all ethnic peoples in Taiwan never lose their languages and memories, that they are never separated from their cultural traditions, and that never again are they lost in a land of their own.”