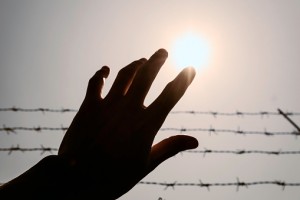 On September 20, President Obama will host a Leader’s Summit on Refugees on the margins of the 71st session of the UN General Assembly. With 20 million refugees around the world, a comprehensive, collective international effort to strengthen refugee protection and assistance is more critical than ever. Community leaders, educators, and employers will play a crucial part in any such plan, as they are key to the successful integration of refugees both young and old into their new communities. Without this basic support, these new arrivals will flounder in their new societies, be hard pressed to succeed, and create a backlash.
According to the White House, “the co-hosts for the Summit all recognize that the international community must do more to protect and assist refugees. Humanitarian appeals are at record levels, yet are underfunded. Massive numbers of refugees are turning to dangerous and illegal smuggling networks in search of safety; and millions more face long-term dependency in first asylum countries, without access to lawful employment and education.”

The number of individuals granted asylum in the U.S. over the past decade has ranged from a high of 39,000 in 2001 to just below 23,000 in 2008. About 35-40% of refugees resettled in the U.S. are children. The vast majority of refugee children—about 95%—resettle in the U.S. with their parents. The U.S. admitted more than 250,000 displaced Europeans following World War II, after which Congress enacted the Displaced Persons Act of 1948 allowing an additional 400,000 European refugees to resettle in the U.S. This legislation was followed by later laws admitting refugees from Communist countries such as China, Cuba, Hungary, Korea, Poland, and Yugoslavia.
The White House last month announced a substantial expansion of its program to admit Central American refugees to the U.S., conceding that its efforts to protect migrants fleeing dangerous conditions have been inadequate and have left too many vulnerable people with no recourse. Officials could not say how many refugees might be eligible under the expansions, but the change could be significant. However, much more needs to be done to address a level of displacement the world has not witnessed since World War II. The U.S. is way behind its modest target of resettling just 10,000 of the 4.8 million Syrian refugees with a backlog of applications due to a lack of resources being allocated to intensive vetting procedures.
Despite the incendiary claims of isolationist political candidates, refugees are very unlikely to pose a threat to security. According to the Bureau of Population, Refugees, and Migration, of the three million refugees admitted to the U.S. since 1975 (785,000 since 9/11), about a dozen have been arrested or removed due to security concerns. Research suggests that denying refugees entrance is unlikely to prevent any terrorist activity, but letting them in might help prevent them, or their children, from becoming militant.
On World Refugee Day in June, Secretary of State John Kerry declared that he was “proud to say that in United States of America, our country has had a tradition of welcoming the ‘huddled masses yearning to breathe free,’ and it runs deep in our roots. I think it’s safe to say it’s part of our DNA as Americans, and we’re proud of that.”
Through the Leaders’ Summit, the White House says it will seek “a 30% increase in financing for global appeals and international humanitarian organizations; to double the global number of resettled refugees and those afforded other legal channels of admission; and to increase the number of refugees worldwide in school by one million, and the number of refugees granted the legal right to work by one million.”
These very achievable goals will start to address the crisis but more important is grassroots support for refugee resettlement from the people who will be instrumental in their successful integration—educators, community leaders, and local business people. Tell your representatives that you agree with the principles of previous American generations and welcome the opportunity to help provide a haven for these unfortunate fellow human beings who share our mutual goal of seeking a happy, peaceful, and productive life.