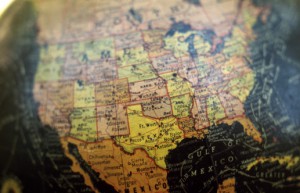 The Federation for American Immigration Reform (FAIR) has released a report that links public education problems to immigration in the U.S. From lack of public education funding, to students in New York having to take pre-college courses after high school, FAIR has managed to link a multitude of problems far and wide to Limited English Proficiency (LEP) students. While hinged on unfortunate truths about public education, lack of funding at the center, the report is rife with assumptions, self-referential reporting, logical fallacies, and false statements.

At the crux of FAIR’s report is the lack of public school funding and budget cuts. The report states, “The federal government provides approximately 8% of public school funding…This year in Chicago, for example, the school system is preparing for ‘historic’ budget cuts exceeding 20% that will require laying off teachers, trimming resources, and increasing class size.” To hinge budget cuts on an increase in LEP enrollment is a massively large logical fallacy, in which FAIR is assuming that correlation implies causation. Over the last five years, Congress has cut federal funding for K-12 education by nearly 20%, about five times more than overall spending cuts, according to a report.

Deterioration of school facilities, lack of resources, and low teacher pay has much more to do with the lack of a uniform system to fund education, which leads to disparities in facilities and resources between cities, states, and districts. LEP students requiring education in the public education system represent a drop in the financial bucket when it comes to lack of financial security. To focus on LEP’s is a shrouded anti-immigration campaign that ignores the pressing overall issue of America’s broken education system.

The sentiment that “scarce resources are redirected away from American citizens to support programs like English for Speakers of Other Languages (ESOL) and English as a Second Language (ESL)” is echoed throughout the report. The “redirection” was addressed by Sen. Paul Pinsky (MD-D), of Prince George’s County, “There was a struggle with the school board. Some people thought it was giving more resources to new immigrants than to people who have been here for generations,” Pinsky said.

Prince George’s County Executive Rushern Baker said the new arrivals have strained a school system that doesn’t have enough resources, and the loss of $20 million Gov. Larry Hogan cut from the proposed budget has made the situation worse. Still, he said, “we’ve got to make sure that access to health care, access to counseling, and the resources from the state, local and federal government go into making sure that the children that are in our care get a quality education and a quality preparation for life.”

FAIR also cites “people overstaying their visas” as a “factor straining public schools”, which is a fact unsupported by the Department of Homeland Security’s report. The results collected by the Department of Homeland Security indicate that those who overstayed their visas are a tiny fraction (1.07%) of the nearly 45 million foreigners who legally entered the country in 2015. Incidentally enough, the highest number of overstay visas was from Canada, with a total of 99,906 overstays, almost double that of Mexico. There is no proven link between visa overstays and strain on public schools.

FAIR also cites, “LEP students are more expensive to educate and the cost of these programs is rising.” The report goes on to explore how many LEP students are labeled as “Below Basic” in subjects at a higher rate than non-LEP students. While this is true, to blame LEP students’ poor scores on themselves as some kind of lack of return on education is a mistake in judgment of cause and blame. LEP students cannot have high test scores without proper education, proper education cannot exist without funding, and FAIR is advocating for less funding for LEP students. It’s a confusing circle in which FAIR advocates for less funding for LEP’s while also chastising them for poor test scores as a result of a lack of funding.

The report also claims that public schools are granting diplomas to graduates too easily because of lower standards caused by LEP students. The New York Times touched on this issue last year, and stated, “It is a pattern repeated in other school districts across the state and country—urban, suburban and rural—where the number of students earning high school diplomas has risen to historic peaks, yet measures of academic readiness for college or jobs are much lower. This has led educators to question the real value of a high school diploma and whether graduation requirements are too easy.” There is no conclusive evidence, however, that LEP students are responsible for this trend, rather public schools are striving to meet quotas, and in doing so are lowering their standards.

A figure that the report aims to highlight is that it costs $59.8 billion dollars to educate LEP students ($12,128 per student). This fails to note, however, that 85% of Pre-K to 5th grade ELL students and 62% of 6th to 12th grade ELL students are U.S. born American citizens. The implication that certain U.S. students, like LEP’s, are taking up too much of U.S. resources is a clear example of discriminatory thought by FAIR against students with specific needs in public schools.

Overall, the FAIR report does little to state anything new about immigration within the public school system. While the report lists startling facts about budget cuts and the dwindling of standards, that has little to do with LEP’s—most of whom are U.S. born students—and has much to do with the lack of federal, city, and state funds for education. The report proves not that immigration is damaging the public school system, but does give a rallying cry for more resources and funding across the board for LEP and non-LEP students alike.

Leanna Robinson is a writer, artist, and activist living in Los Angeles. She works as the creative director for Language magazine, and is editor of music zine, Subspace.