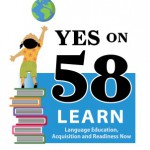 The California Chamber of Commerce Board of Directors has voted to support Proposition 58, the California Education for a Global Economy Initiative, or LEARN (Language Education, Acquisition and Readiness Now) Initiative on the November 2016 ballot.

The LEARN initiative, authored by California State Senator Ricardo Lara, (D-33), removes decades-old barriers to student learning by amending Prop 227 and allowing educators to use the most effective teaching methods possible to help students learn English and other languages.
“The LEARN Initiative is proud to have the support of the California Chamber of Commerce,” said Senator Lara. “California businesses understand that Prop 58 enables our children to prepare for the jobs of the future by removing unnecessary barriers to learning languages in our schools. Fluency in multiple languages is a valuable and marketable skill that will give our students an edge in the workforce.”

The CalChamber Board supports Proposition 58 because “California’s economic success depends on its ability to prepare a workforce educated to compete in a global economy.”

If approved by voters, Proposition 58 would amend and repeal certain portions of Proposition 227 and add a few new provisions regarding English language instruction. Proposition 227, the “English Language in Public Schools” initiative approved by voters in 1998, mandates that all children in California public schools be taught English by being taught in English unless parents have gone through a waiver process.

CalChamber noted in its statement that “top education systems in the world all require students to learn multiple languages. Yet California, with its natural reserve of diverse linguistic resources has failed to develop a multilingual workforce. Sixty-six percent of people around the world speak more than one language while only 20% of people in the U.S. speak multiple languages. Students with a strong proficiency in English who also speak another language are better equipped to compete in the global workforce and offer California employers a more prepared and educated workforce.”