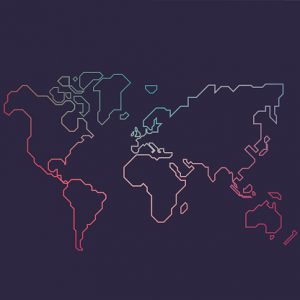 “Why would you want to be a teacher?”

is a question I’m asked often when I say I teach high school French. Many adults can’t fathom the idea of standing in front of 30 or more hormonal teenagers every day. It’s also a question I ask myself particularly often during those last long weeks of the school year in May, during those final exams and standardized tests. I definitely know the overall purpose of my French class is not for them to have memorized the verb “to be” in nine tenses by the end of the year, to be able to list the capitals and countries of the francophone world, or to identify all the colors. It’s much more than that.

Beth Marshall is a French teacher and World Languages Department chair at Riverbend High School in Fredericksburg, Virginia. As a world languages educator, she is passionate about not only teaching her students languages but helping them evolve as global citizens in order to build a more globally conscious world and society. To learn more about global citizenship and download a free lesson plan, go to www.acis.com/global-citizenship-lesson-plans.