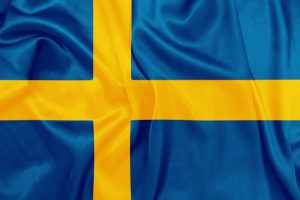 Owners of the Swedish throat lozenge Läkerol, famed for its slogan “Makes People Talk,” are putting their money where their mouths are by creating Let’s Talk, an app that lets refugees learn Swedish with those who are fluent. Last year, Sweden welcomed more than 160,000 refugees fleeing from Syria, Afghanistan, and Eritrea, or the equivalent of 1.7% of the nation’s total population. To welcome them, Läkerol created a new app that connects refugees with Swedes who want to help.

Läkerol stated, “Sweden as a nation has a proud history of welcoming and integrating refugees from all parts of the world. However, since WWII, the number of people in need of refuge has never been as large as it is today. This brings new challenges to society as a whole, and the old notion that the welfare state can solve any problem is no longer true. Businesses also have to do their part, and Läkerol wanted to lead the way, proving that companies can play an important role in integrating refugees.”
Based on the insight that language is a very important part of integration, Let’s Talk was designed to be an easy-to-use tool for refugees. Also, as it is digital, anyone who downloads the app can start using it, eliminating long waits (sometimes for years!) for receiving a residence permit, which is needed to be eligible for SFI, the Swedish government’s Swedish studies for refugees.
According to Cecilia von Perglas, marketing director at Cloetta (owner of the Läkerol brand), more than half of the Swedish population wants to help refugees, but only five percent can do something practical. Let’s Talk is designed to raise that threshold by offering a platform where people can turn their ambitions into actions, despite everyday stress and tight schedules.
“Let’s Talk” is free and can be downloaded at the Läkerol wbsite, in the Apple App Store, and in the Google Play Store. The app connects fluent Swedish speakers with people who need practice. Matches are made based on interests, and once users have matches they can start practicing using instant messages, voice, or video call.
http://lakerol.se/letstalk/en/