For most U.S. public school educators, the election of Donald Trump is causing great concern not only due to his divisive rhetoric but because of his disregard for the achievements of the public school system and his only clearly formulated education policy: the promotion of school “choice” through a voucher system to allow “funds to follow the student to the public or private school they attend” (www.donaldjtrump.com/policies/education).

Trump’s education policy is based on the premise that America’s public education system is failing its students despite evidence indicating that income inequality, and in particular, high levels of child poverty, are the keys determining factor in educational success. Despite his claims to be a pragmatist, Mr. Trump has ignored such data as well as the evidence which proves that charter schools are not the “silver bullet” which will automatically improve educational outcomes.

Public education critics have been quick to point out that, according to the latest results from the OECD’s Program for International School Assessment (PISA), the U.S. is stagnating. Scores in reading and science were about the same as three years ago, about average among industrialized nations, while math results were lower in 2015 compared with 2012, placing the U.S. near the bottom of the table of similar nations.

However, many commentators have ignored important data from the assessment which suggest that U.S. schools are doing much better than we think. PISA reports that “spending per student in primary and secondary education increased by almost 20% since 2006 in OECD countries,” while in the U.S., according to federal financial data released earlier this year, per-pupil spending in the nation’s public schools was only $10,763 per elementary, middle, and high school student, putting us back to roughly how much we spent on public education in 2007.

PISA also reports that throughout the OECD member countries “poorer students are three times more likely to be low performers than wealthier students, and immigrant students are more than twice as likely as non-immigrants to be low achievers,” yet Andreas Schleicher, the OECD’s director of education and skills, commended the U.S. for closing achievement gaps between its highest- and lowest-poverty students. “Among OECD, there’s not a country that has been more successful in closing the socioeconomic gap than the United States,” he said. A third of American students in the lowest quarter of income perform in the top quarter of all students worldwide, up from only 19% in 2006.

Fears that a Trump administration will try to dismantle the public education system are justified but the passing of the Every Student Succeeds Act has returned a considerable amount of education decision-making back to the states, and many states have already made it clear that they will resist federal interference in education, so the U.S. Department of Education’s influence will be limited. However, efforts by the current administration’s Office of Civil Rights to protect students under civil rights law, particularly efforts to improve access for English language learners, seem to be paying dividends. Should the new administration put an end to this work, we may well see a widening of the achievement gap.

Of course, we could do more to improve the educational outcomes of our students but the reality is that our public education system is performing well compared to other industrialized nations when immigration, poverty, and stagnant spending are taken into consideration. We must not allow politicians to take statistics out of context in order to justify their own agendas. 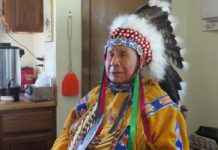 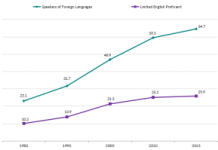 Bilingualism on Steep Rise in U.S. 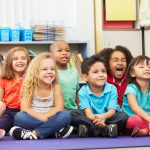