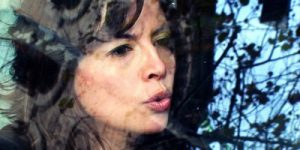 From documentaries and horror films to coming-of-age dramas, La Película has something for everyone. The festival, organized by Cervantes Institute, the Spanish embassy in Prague, and Světozor cinema, takes place in Kino Světozor in Prague Feb. 14-19, Brno cinema in Scala Feb. 16-19, Minikino in Ostrava Feb. 20-22, and Bio Central in Hradec Králové Feb. 20-24. According to organizers, “The 11th annual edition of the festival of Spanish speaking films will please fans of one of the most acclaimed Spanish director, Julio Medem. The festival will be open with his latest film, Ma Ma, starring Penelope Cruz. One of the program sections of the festival is dedicated to Basque cinema.” Other notable films include the 2001 classic Sex and Lucia by Julio Medem which is about a young waitress who ventures to a Mediterranean after the loss of her boyfriend only to find the dark secrets of their relationship revealed, Beautiful Youth which is about two 20-year-olds in love struggling to make ends meet in today’s Spain who try and earn some extra money by shooting an adult movie, and Jai Alai Blues which is a documentary about the success of the game and the gambling that became very popular in various countries.

The festival, which as aforementioned is currently on its 11th year, has grown in size since its creation in 2002, and throughout the years has been extended in length along with the number of venues increasing from one to four. In previous years the festival has also included cultural events such as cinematic workshops, music and dance performances, and photographic exhibitions. Information about this year’s festival can be found at http://www.lapelicula.cz or on the official Facebook page at https://www.facebook.com/LaPeliculaCZ/.