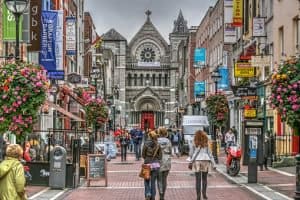 Irish language groups have received increased funding. According to the Minister for Finance, Paschal Donohoe’s budget speech, the Department is allocating new funds to the Irish language along with the Gaeltacht (areas of Ireland that are primarily Irish-speaking) and the Irish Islands. Donohoe said in his speech that the Irish language “is a vital part of our country.”

As part of the Twenty Year Strategy for Irish, There will be an increase of €2.5 million in the allocation for the Irish language and the Gaeltacht in 2018, with additional funding for the language planning process, including Údarás na Gaeltachta and various training programs in Irish.

There will be additional funding provided next year for the Arts Council, the Irish Film Board, Culture Ireland, the National Cultural Institutions and the Creative Children initiative, which has captured the public imagination.

Some Irish politicians have said that the budget plan falls short, however. On Twitter, the Social Democrats leader Roisín Shortall said “Twice as much as being allocated to Taoiseach’s comms unit than the funding increase for Irish language and Gaeltacht.”

Other politicians seem pleased with the initiative. Minister of State for the Irish Language, the Gaeltacht and the Islands Joe McHugh told that The Journal“support for the Irish language and the sustainable development of our island communities will remain key priorities for me in 2018.″