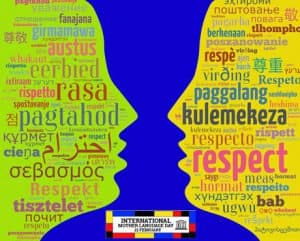 The State Department said the U.S. would like to remain involved as a nonmember observer state, but the withdrawal means the U.S. will halt the arrears it has run-up since it stopped paying the organization in 2011 to protest the admission of the Palestinian Authority as a full member. By the end of 2017, the arrears will be $550 million.

Dr. Esther D. Brimmer, executive director and CEO of NAFSA: Association of International Educators, expressed his disappointment, “As international educators, we believe in engagement, not isolation, as we work to find solutions to the world’s problems. We are again disappointed by another Trump administration short-sighted decision, this time to withdraw from UNESCO. Understanding and protecting the cultural heritage of the world’s people, promoting scientific advancement and supporting educational opportunities are vital to building a more secure and peaceful world. While the United States has differed on important matters with some UNESCO members, withdrawing from the organization will further isolate us from the rest of the world, something that we cannot afford to let happen. This decision will waste critical opportunities to engage in dialogue with other nations and will only serve to make the United States seem less welcoming and closed to other ideas and perspectives.”

UNESCO members are in the middle of voting for the next director general and after the first round of voting, Qatar’s Hamad bin Abdulaziz al-Kawari, who has been accused of fostering anti-Semitism, is leading France’s Audrey Azoulay.

Irina Bokova, director-general of UNESCO, expressed “profound regret” at the decision. “At the time when the fight against violent extremism calls for renewed investment in education, in dialogue among cultures to prevent hatred, it is deeply regrettable that the U.S. should withdraw from the United Nations leading these issues,” she said in a statement.

Bokova claimed that the partnership between the U.S. and UNESCO “has never been so meaningful,” despite the withholding of U.S. funding.

“Together, we have worked to protect humanity’s shared cultural heritage in the face of terrorist attacks and to prevent violent extremism through education and media literacy,” she said.

She added: “The American poet, diplomat and Librarian of Congress, Archibald MacLeish penned the lines that open UNESCO’s 1945 Constitution: ‘Since wars begin in the minds of men, it is in the minds of men that the defenses of peace must be constructed.’ This vision has never been more relevant.”