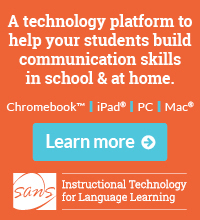 A $5 million grant from the Stavros Niarchos Foundation will enable UCLA to create a center for the study of Hellenic culture, which will be housed in the UCLA College and will build on the university’s strengths in Hellenic studies, supporting research across disciplines ranging from archaeology and classics to languages and digital humanities.

In addition to its teaching and research mission, the center is envisioned as a vibrant cultural hub for the sizable Los Angeles Greek community, which has been formed by generations of families and new immigrants. About 150,000 Americans of Greek ancestry live in California—more than in any other state except New York—with about half of them in Southern California, according to a 2006 U.S. Census Bureau survey.

The center will engage with organizations, churches, and academic institutions throughout Southern California to present community programs and generate interest in Greece’s historical and ongoing contributions to modern culture.
“We are grateful to the Stavros Niarchos Foundation for helping us establish a permanent home for research and teaching on Greece and the Greeks, ancient and modern,” UCLA chancellor Gene Block said. “The Greeks have played an important role in the history of the world and in higher education. Their ideals and achievements have sparked inquiry and teaching and advanced our understanding of humanity, all of which are echoed in UCLA’s own commitments as a public institution.”

With the support of the center, scholars will pursue new research, develop state-of-the-art digital resources, and forge international collaborations for students and faculty.

“Thanks to the Stavros Niarchos Foundation, we are now in a position to contribute even more to the field of Hellenic studies and to connect with cultural institutions and universities near and far to highlight the rich legacy of Hellenic culture in our world today,” said David Schaberg, UCLA’s dean of humanities.
UCLA will raise an additional $3 million in external funding in support of the center. The fundraising effort will include engaging with members of the Greek-American community in Los Angeles and throughout the West Coast who wish to play an active role in the center’s growth and success.

The grant will include funding for visiting faculty and graduate students from the U.S., Greece, and elsewhere. In addition, the humanities division will bolster the core capacity of the center by funding a lecturer hired to teach modern Greek language and literature. And those studying at the center will be able to take advantage of UCLA Library’s extensive collections related to ancient, Byzantine, and early modern and modern Hellenism.