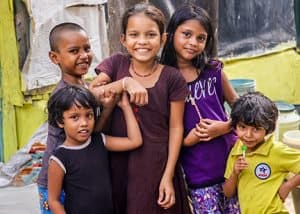 During a speech last month at a meeting of the Council of Great City Schools in Cleveland, Ohio, Microsoft co-founder Bill Gates outlined a change of direction in his foundation’s approach to education funding in the U.S., while highlighting the application of data analytics to discover priorities for English learners. He expects to invest close to $1.7 billion in U.S. public education over the next five years. Gates announced that: “Although we will no longer invest directly in new initiatives based on teacher evaluations and ratings, we will continue to gather data on the impact of these systems and encourage the use of these systems to improve instruction at the local level.”
He also said that they will focus on locally-driven solutions identified by networks of schools, and support their efforts to use data-driven continuous learning and evidence-based interventions to improve student achievement, increase commitment to develop curricula and professional development aligned to state standards, continue to support the development of high-quality charter schools focus more on working with charters on developing new tools and strategies for students with special needs, and expand investments in innovative research to accelerate progress for underserved students.
Gates anticipates that about 60% of this spending will eventually support the development of new curricula and networks of schools that work together to identify local problems and solutions, and use data to drive continuous improvement.
Gates highlighted examples of data being used to improve student outcomes, including that of Summit Public Schools, which operates 11 charter schools in California and Washington, where they analyzed data and determined that English Learners [ELs] entered school significantly behind and never caught up. Data was used to identify the teachers whose EL students were doing the best, so they could talk to them and curate their materials, and apply those best practices across all Summit schools. In less than a year, the performance gap between English Learners and others decreased by 25%.
Gates began his speech by recognizing the racial and economic inequity in the U.S. that preludes educational success across the board, “When disaggregated by race, we see two Americas. One where white students perform along the lines of the best in the world—with achievement comparable to countries like Finland and Korea. And another America, where Black and Latino students perform comparably to the students in the lowest performing OECD countries, such as Chile and Greece.”