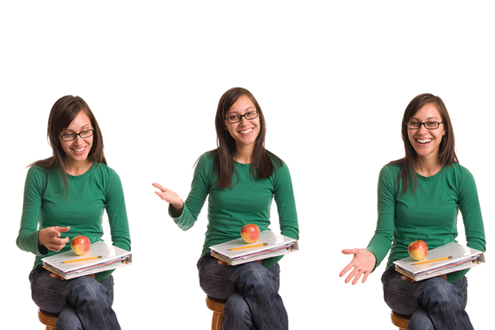 As educational institutions expand their recruiting horizons and employ more staff from other countries, the extent to which accents may interfere with teaching has become a hot topic. Whether communication is hindered by the accent itself or is a result of the audience’s prejudice, the issue needs to be addressed.

Bailey (1984), Gill (1994), and Rubin (1992) report “A number of colleges and universities… have experienced issues surrounding an increase in non-native graduate teaching assistants who purportedly have low English proficiency and are perceived to be unintelligible” (Gluszek, A., & Dovidio, J. F., 2010, 214). Rao (1995) documented this problem and called it “The Oh No! Syndrome”, which represents the response of many native English-speaking American students on the first day of classes when realizing that the professor has a foreign accent. “…When students language expectations…were confirmed, they felt more angry and anxious… and were more likely to drop a class taught by a foreign-accented faculty” (2).

What could be more important to a teacher than being able to communicate clearly to his or her students? More and more, lack of intelligibility caused by a foreign accent is cited a problem for students and faculty in higher education. Another cause of communication problems is cultural differences. “Beyond English proficiency, foreign-accented faculty must adjust and cope with differences in cultural authority structures, social relationships, educational systems, and educational processes as well as student resistance” (Kavas & Kavas, 2008, 882). International faculty must understand the relevance of different culturally-based education practices and be willing to make an effort to overcome them (Bailey, 1984b).

To mitigate this situation, faculty and students must also develop cross-cultural understanding and sensitivity. Some areas of the country until very recently have remained fairly isolated from recent immigration trends and many individuals in these areas have not had the opportunity to travel to other geographic and linguistic areas; therefore, they are not used to hearing accents that are different from their own. This situation often creates a communication problem for foreign-accented faculty and students. In addition to frustrating all involved, this lack of exposure and experience can also impede academic success for students and retention or promotion for faculty.

What is a foreign accent?

An accent, as defined by American Speech and Hearing Association (ASHA), is “the unique way that speech is pronounced by a group of people speaking the same language” (ASHA.org). Pronunciation of words is affected by the area in which an individual grew up or resided (e.g., regional accent) or by interfering phonological elements of another language (e.g., foreign accent). Even though it is widely accepted that a regional or foreign accent is not a speech or language disorder, it is also acknowledged that accents affect communication. Not being able to communicate clearly can affect many areas of one’s life but the main obstacle of a strong accent influenced by interference from another language is that of an inability to communicate clearly. It is undeniable that a strong non-standard accent can affect one’s job performance, academic achievement and ultimately, one’s self-esteem. Many non-native speakers don’t initially recognize the extent to which their first language affects the pronunciation of their second language. If and/or when they do, there are few places they can go for help.

How does an accent affect an individual?

It only makes sense that individuals with accents have diverse opinions about their own accents and whether they want to change them. For many, an accent is the mark of one’s cultural identity. According to Shah (2012), speaking with an accent is not reason enough for accent modification. “SLPs (Speech Language Pathologists) can help determine who can benefit from accent modification and who is misidentified as having a communication problem…it is useful for clinicians to have a framework with which to determine whether an individual would be able to communicate more effectively with accent modification services” (Shah, 2007, 1).

Others seek services because of a mild accent or a regional variation or dialectal or ethnic variation (some examples include, African American Vernacular English, Southern, New York, and Midwestern accents). For these individuals, intelligibility is not an issue and those who cannot understand these speakers with a mild accent would benefit from cultural competence training (Shah, 2012).

Still other individuals truly have difficulty with communication because of their accents. “When a client reports across-the-board communication difficulty that affects his or her job performance and social acculturation, it is likely the client could benefit from accent modification services” (Shah, 2012, 2).

To determine whether a client actually needs accent modification services, Dr. Amee Shah, the director of the Research Laboratory in Speech Acoustics and Perception at Cleveland State University, developed an assessment that objectively measures intelligibility as a predictor of communication difficulty intelligibility called the Comprehensive Assessment of Accentedness and Intelligibility (CAAI). CAAI includes a decision-making rubric that is culturally sensitive and is used to identify individuals who may benefit from accent modification. She also recommends that clinicians use other means of assessment; specifically in academic settings, student evaluations of the intelligibility of non-native Standard English-speaking teachers or teacher evaluations of the intelligibility of non-native Standard English-speaking students often serve as informal assessments.

Although a general perception among listeners and speakers alike is that accents interfere with communication, there is also the possibility that this difficulty is caused by the listener’s prejudice (Derwing & Munro, 2009). According to Sato (1991) there is a tremendous amount of intolerance for foreign accented speech in the U.S. This has led to an increase of the number of accent reduction or elimination programs; these programs inherently suggest that accents should be viewed as pathology, which need to be reduced or even eliminated (Munro & Derwing, 2000). Many studies have shown that native-speaker (NS) listeners tend to underestimate the language proficiency of non-native speakers (NNSs) simply because of a foreign accent (Anisfield, Bogo & Lambert, 1962; Brennan & Brennan, 1981a, 1981b; Kalin & Rayko, 1978; Lambert, Hodgson, Gardner & Fillenbaum, 1960; Ryan & Carranza, 1975; as found in Munro & Derwing, 2000). Ryan, Carranza, & Moffie (1977) found that people are prejudice against people with strong accents. Derwing (2003) and Gluszek & Dovidio (2010a) posit that NNSs are often stigmatized because of their accents, and Ng (2007) agrees that accent is a basis for discrimination. People assume that individuals who speak with non-native accents have poor language proficiency (Lindemann, 2005).

There is no indication that reduction of accent necessarily increases intelligibility. In fact, “the effect of non-native pronunciations on intelligibility are far from clear” (Munro & Derwing, 2009, 287). Therefore, the emphasis should not rest solely on accent reduction, but also on ways to reduce the negative perceptions caused by non-native accents. “One such intervention may break the chain of negative social consequences for the speakers by addressing others’ perceptions of accent strength, for example, by teaching native speakers how to listen to accented speech (Derwing, Rossiter, & Munro, 2002). Both speakers and listeners need to be made aware that accents do not necessarily lead to communication problems (Munro & Derwing, 1995a) and that reducing a non-native accent is extremely difficult and elimination is perhaps impossible (Scovel, 2000).
Cook (1999) argues that a NNS’s pronunciation should be considered an individual right and that the NS’s pronunciation should not be considered an ideal against which the NNS measures his/her own accent. In fact, increased globalization will cause NSs to deal more often with their own prejudices, and this is what those of us in higher education can face head-on: this is a perfect opportunity to help NSs to find positive ways to meet the challenges of the “social and cultural realities of living with many tongues” (Cheng, 1999).

How can this problem be alleviated?

How can institutions step up to meet the need of both helping NNSs modify their accents and also educate the college community about their own perceptions and prejudices? This author poses the following plan:

1. Set up a program where speech pathology students can assess and carry out their clinical practice while helping those faculty & students (and staff) who have accented speech.

2. Encourage NNSs to sign up for these services by advertising throughout the college.

3. Find a way to offer these individuals “scholarships” for these services at a low (or no) cost.

4. As part of New or Transfer Student Orientation or Freshman Seminars, introduce this issue of accented speech and help students become aware of their own prejudices by sharing research and having students go through “Globalization” workshops to help them prepare for teachers, classmates, roommates, who may be NNSs with an accent.

5. When the college hires new faculty/staff, encourage the NNSs (who feel they have an accent that may impede communication) to visit the speech clinic and get an evaluation to increase their own self-confidence.

7. Offer classes to help students with cross-cultural understanding, sensitivity and communication. This author is offering a class entitled “Developing Cross-Cultural Understanding” and a large part of the class involves helping students become aware of their own stereotypes and prejudices.

Finally, collaboration and communication among faculty, students and administration about language and cross-cultural communication will help globalize and educate the college community. Another suggestion would be to encourage students to become active participants in international student clubs and programs. Faculty can and should engage in conversations about these topics and challenge preconceptions. New college graduates will be entering a global workplace and it is our responsibility to prepare these individuals for it and to help them realize that the accented speech of the many NNSs in their lives need not be a barrier to communication. Breaking down communication barriers will ultimately lead to a more globalized college community and beyond for all involved.

Lois Spitzer has an Ed. D. in Applied Psycholinguistics from Boston University, an M.Ed. in Secondary Education/ESL from Rhode island College and a B.A. in French from California State University Fullerton. She currently teaches education, ESL and linguistics at Richard Stockton College of New Jersey and is active in the TESOL and NAFSA associations.