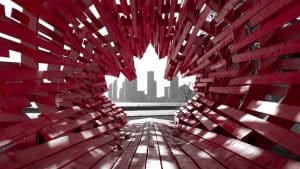 Growth of the Indigenous population in Canada continues to rapidly outpace that of the rest of the country, but Indigenous languages need more revitalization efforts, according to census data released by Statistics Canada (http://www12.statcan.gc.ca/census-recensement/2016/dp-pd/index-eng.cfm).

While a longer life expectancy and high fertility rates affected the figures, an increase of people self-identifying as Indigenous—particularly as Métis and nonstatus First Nation—propelled the continued growth rate in the population, Johanne Denis, director general of Stats Can’s social and demographic statistics, told the Canadian Broadcasting Company.

However, the data also found that more people had learned an Indigenous language (260,550 people) than reported it as their mother tongue (208,720), which “suggests that many people, especially young people, are learning (Indigenous) languages as second languages,” said the Stats Can report.

About 64% of Inuit reported being able to speak Inuktitut, Inuinnaqtun, Inuvialuktun, and other Inuit languages, while the figure was 84% for Inuit living in the homelands of Inuit Nunangat.

The Indigenous languages with the most speakers fell under the Algonquian language group—Cree and Ojibway—with 175,825 reporting an ability to speak the tongues.