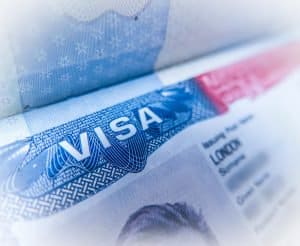 Elizabeth Ricci and Michael Launer provide an update on U.S. Immigration Options for Translators and Interpreters under the Trump Administration

Foreign language experts are a valuable asset to both industry and government – a fact that has been recognized by the U.S. government, which can grant special treatment to linguists in limited circumstances. A variety of programs administered by the U.S. Citizenship and Immigration Services (USCIS) are available. Some interpreters and translators may be eligible for H-1B specialty worker visas, Green Cards with and without sponsors, citizenship through the MAVNI program, or Special Immigrant Visas. However, many linguists are unaware of these programs and of recent changes in U.S. immigration law. Co-written by a practicing immigration attorney and a certified translator, this article explains the recent changes under the Trump Administration and offers practical advice.

H-1B visas, certainly the best known of all work-related visa categories, can be pursued by translators and interpreters of any nationality. H-1Bs are “specialty worker visas” for foreign professionals with a college degree or equivalent (three years of experience is the equivalent of one year of higher education) who perform work that requires a related degree. For example, a medical publishing company might be successful in petitioning for a translator who performs highly sophisticated or complex translations where the company normally requires its translators to be degreed. On the other hand, a doctor’s office that serves a multilingual population would not likely receive H-1B approval for its bilingual receptionist who does not have college degree or whose degree is in a field other than language.
H-1B petitions are submitted by the potential employer. If approved, the visa can be issued by a USCIS Service Center (to persons currently “in status” in the U.S.), or it can be issued at a U.S. consulate in another country (to persons currently abroad or persons “out of status”). An H-1B visa is generally valid for up to six years, but there exist stringent limitations: H-1B holders may work only for their petitioner, and the status does not lead to permanent residency or naturalization.
In order for individuals to receive an H-1B visa, prospective employers must file a Labor Condition Application (“LCA”) through the “iCERT” portal maintained by the United States Department of Labor Employment & Training Administration – usually, but not necessarily, with the assistance of an immigration attorney. The following information must be submitted to the USCIS Service Center along with the application:
Department of Homeland Security Form I-129 “Petition for a Nonimmigrant Worker”;
Proof of the linguist’s credentials; and
A statement regarding the employer’s need for this employee.
Just over 200 H-1B LCAs were filed for the 2016-2017 fiscal year on behalf of translators and interpreters for positions in New York, California, Texas, Florida, and Illinois. Job titles ranged from “interpreter and translator” to “technical writer,” “editor,” and “author.”
Although there are 65,000 H-1B visas available per fiscal year, about 300,000 were requested. As a result, USCIS generally runs out within a matter of days after applications are accepted on April first (six months before the start of the federal government’s next fiscal year). Non-profit research institutes and institutions of higher learning are usually not subject to the fiscal cap, however.
As of October, 2017, it is once again possible to pay for expedited service (known as Premium Processing), which reduces the H-1B visa wait time to a few weeks. H-1B applicants not using this service can expect to wait several months before learning if their petitions were successful. Premium Processing had been suspended as part of the “Buy American, Hire American” campaign.

Two other employment-based programs exist that are not subject to the restrictions imposed on holders of the H-1B. These are known as the “EB-3” and the “EB-2” petitions. Although the procedures are much more cumbersome, employers may petition for EB-3 or EB-2 status. More importantly, under the EB-2 program individuals can file for themselves (“self petition”) without relying on an employer. Successful petitioners under each of these programs are granted Lawful Permanent Residency (the “Green Card”), which means they are eligible to apply for U.S. citizenship after five years.

Employers may petition for Lawful Permanent Residency for a translator or interpreter under the Employment Based Third Preference (EB-3), also known as PERM (Program Electronic Review Management). EB-3s/PERMs can be onerous and expensive, as the application procedure requires multiple recruitment steps that may only be paid by the employer. The PERM process is also lengthy because two agencies − the Department of Labor (“DOL”) and USCIS − are involved.
PERMs first require that the DOL certify the offered wage − an online process that takes approximately three months. This Labor Certification application must be filed no less than 30 days, but no more than six months, after the last recruitment step. Once the proposed wage has been certified, the employer must then place two Sunday classified ads in a newspaper of major circulation, an online posting for thirty days, and an in-house posting for ten days. In all likelihood, professional positions such as translators and interpreters will require two additional postings that can include a radio or professional trade journal ad, on-campus recruitment, or an in-house incentive program. It can take ten months to a year or even more for DOL to process these cases, during which time the applicant does not have immigration status. For that reason, the applicant may need to wait abroad or already possess temporary status such as F-1 Student or H-1B if filing from within the U.S. If a case is certified and a visa is available, a full “adjustment of status” case may be submitted to USCIS, which could take several additional months to make a decision.

The Employment Based Second Preference (“EB-2”) – also called a National Interest Waiver (“NIW”) – is a little known and not widely used immigration benefit. Because many translators are independent contractors and/or work part time, they are precluded from sponsoring themselves via the traditional EB-3/PERM route. The NIW can lead to a Green Card and, potentially, U.S. citizenship, and does not require employer sponsorship. Although the legal standard in such cases changed significantly in December, 2016, with the Dhanasar case (cf. https://www.justice.gov/eoir/page/file/920996/download) , the standard remains high, and cases can take from a few months to over a year to be resolved, especially for Chinese and Indian applicants. Premium Processing is not available for these cases.
As indicated above, both employers and individuals are entitled to file a petition for an EB-2. In either event, the translator or interpreter should document possession of an advanced degree (which more than 25% of linguists possess) and address the following factors:
The foreign national’s proposed endeavor has both substantial merit and national importance;
The foreign national is well positioned to advance the proposed endeavor; and
That on balance, it would be beneficial to the United States to waive the requirements of a job offer and thus of a labor certification.
The translator or interpreter may live and work legally in the United States while the case is pending and is not tied to a particular employer upon approval.
One example of a previously approved case is a multi-lingual technical writer in the nuclear field who held a Master’s degree in Rhetorical and Communication Theory. In contrast, the application submitted by a bilingual counselor at a university was denied.

The U.S. Army’s recruiting program known as MAVNI (Military Accessions Vital to the National Interest) allows legal non-citizens with fluency in certain languages to join the Army in exchange for expedited U.S. citizenship, without first having to be a Lawful Permanent Resident. However, this program is the one most dramatically curtailed under the Trump Administration. As of September, 2017, the Pentagon, has reneged on contracts for an untold number of foreign nationals, while the Army pulled the MAVNI page from its website and has stopped recruiting multilingual individuals for the program.

“Special Immigrant” visas are available to approximately 50,000 Afghan and Iraqi translators or interpreters if they worked directly for the U.S. Armed Forces or under the authority of the Chief of Mission for a period of at least one year at any time since October 7, 2001. In order to qualify, an applicant must have experienced a serious threat due to employment by the U.S. government and be otherwise eligible. A background check is required. The following documentation must be sent to the USCIS Nebraska Service Center:
Department of Homeland Security Form I-360; and
A favorable written recommendation from the U.S. officer whom the translator or interpreter supported.
Upon approval, the Special Immigrant Visa is issued at a U.S. embassy or consulate abroad.
The utility of this program has been greatly reduced because of Congressional action and administrative red tape. For example, Special Immigrant Visa petitions can take months or years to process due to bureaucratic policies, heavy security screening, statutorily dictated time frames, and the numerical restriction of 50 visas per year. If successful, however, Special Immigrants become Lawful Permanent Residents upon arrival to the U.S. and may eventually become U.S. citizens. Their families may accompany them and are not included in the fiscal cap. See: https://travel.state.gov/content/visas/en/immigrate/iraqi-afghan-translator.html
Recent Executive Orders have included provisions to limit Afghan and Iraqi visas, among others, but the orders are currently being litigated.

Elizabeth Ricci of Rambana & Ricci, PLLC is an award winning immigration attorney based in Tallahassee, Florida, where she concentrates on employment-based immigration cases. Ms. Ricci can be reached at [email protected] .