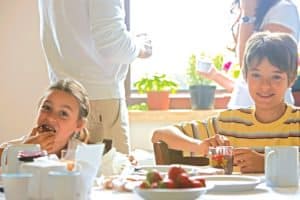 In the public classrooms of Glendale Unified School District, a small part of Los Angeles is being taught language arts, math, and science in Italian nearly all day long.

More than a decade after Proposition 227 mandated that California’s English language learners be taught exclusively in English, Glendale has become one of the nation’s laboratories for dual-language programs in which instruction is delivered in two languages from kindergarten through 12th grade.

At Benjamin Franklin Magnet School, where the Italian immersion program is offered, the standard California curriculum is taught primarily in Italian during the first two years (K-1), while English instruction, initially limited to 10%, increases gradually in the following grades. From 5th grade, half of all instruction is delivered in Italian and the other half in English.

As the city with the fourth highest number of Italian Americans in the U.S. (approximately 95,300 out of a total population of 3.7 million),1 Los Angeles seriously needed this program. Recently-arrived Italians — who, unlike early immigrants, are mostly middle-class professionals working in industry, business, and academia — lamented that their children did not have the opportunity to be educated in Italian along with English like the offspring of their Spanish- or French-speaking colleagues.

At the same time, following the new-found caché in all things Italian, second-, third-, and even fourth-generation Italian Americans have become increasingly interested in reclaiming their Italian heritage and learning, or having their children learn, their ancestors’ language. Aware that Italian immersion — unlike taking Italian in high school or college — will produce high levels of bilingualism in their children, Italian American parents in Southern California have welcomed Glendale’s Italian-English dual language program.

Many were deeply committed to its creation and were a major force behind its launch in 2009. Others, through their involvement, volunteering, and fundraising, have made the program truly unique. A few years after its start, the program features an extensive library of Italian books and media; it hosts Italian-language assistants and visiting teacher-interns from Italy; and it offers a variety of afterschool and summer enrichment activities in Italian.

This is a program with few equals in the United States. As a matter of fact, despite being the fifth most studied language in higher education settings (college and graduate school) (Furman, Goldberg, & Lusin, 2007), Italian is rarely offered in elementary school and Italian immersion public programs are almost non-existent (with the exception of one in Wisconsin and one in the state of New York).

One might ask, why educate children in Italian since they will probably grow up and end up living and working in the U.S.? Today’s Italian immigrants are well aware of the reasons. Research all over the world has shown that children in long-term bilingual programs not only develop higher competence in English than children in English-only programs but they reach higher academic achievement than children educated in only one language (Lindholm-Leary, 2001).

This is because the high levels of bilingualism brought about by bilingual education produce a variety of cognitive benefits, aiding memory, problem solving, decision-making, and other brain functions (Bialystok, 2001). For instance, early bilingualism helps the child develop creative thinking — the ability to think and solve problems in ways that are original, flexible, and creative (Kharkhurin, 2010).

High proficiency in two languages also fosters metalinguistic awareness — knowledge and understanding of language(s) and its elements (Cummins, 1978). Bilingual education also leads the child to develop a deeper understanding and retention of academic content, because learning such content in two languages requires more attention and cognitive effort than learning it in just one (Hakuta & Gould, 1987).

For these reasons, dual language or immersion programs like the Italian one at Benjamin Franklin are growing in popularity. These programs constitute, in California, the new face of bilingual education without the stigma that has been traditionally associated with this type of schooling. Before 1998, when Proposition 227 was approved in California, bilingual education was often seen — and resented by some — as a form of public assistance for the sole benefit of immigrants’ children.

English language learners — or children who spoke another language upon school entry — were placed in special classrooms with similar-background children and instructed in both their home language and English. These programs, however, were segregating because they did not include native speakers of English.

In 1998, voter-approved Proposition 227 outlawed bilingual education and mandated that all English learners be placed in English-only programs. Since then, many of California’s English language learners, now almost 1.6 million or 25% of California’s school-age population, have been educated exclusively in English.

Although parents may still request that their children receive some sort of bilingual instruction, as in the case of dual-language or immersion programs, less than one-third of the state’s English language learners are enrolled in such programs, either because such bilingual resources do not exist or because English immersion is believed to be the most successful path to English language development.

Unfortunately for these children, a vast body of research (see August & Shanahan, 2006, and Genesee, Lindholm-Leary, Saunders, & Christian, 2006, for a summary) has now shown that English immersion is not more successful than bilingual education in teaching English language learners. State standardized test scores from 2003 to 2010 show that the gap between English language learners and all students has widened, with their performance in English and language arts being considerably lower than all other students.

In a review of more than 500 studies on English-language learners, Goldberg (2008, p.14) concludes that “teaching children to read in their first language promotes reading achievement in English.” This is because literacy, knowledge, and skills transfer across languages (Cummins, 1979). For example, when a child learns to read from left to right in one language, he can easily transfer this knowledge to other languages with similar writing systems.

The same goes when learning to pair the letter ‘b’ with the /b/ sound (equally applicable in Italian and English, for example) or perform mathematical additions. In Goldberg’s words (2008, p. 15) “if you learn something in one language, you either already know it in (i.e., transfer it to) another language or can more easily learn it in another language.”

Therefore, although it might seem counter-intuitive, learning in one language boosts learning in the other language. Learning Italian helps children develop a better grasp of English grammar, just as learning how to play the piano enhances many other musical skills. For this reason, Goldberg (2008, pp. 42-43) concludes, “local or state policies, such as in California, Arizona, and Massachusetts, that block use of primary language … are simply not based on the best scientific evidence available.”

Student data from Glendale’s Italian immersion program confirm Goldberg’s conclusion. S.C., an Italian-speaking child who started kindergarten in Fall 2009 barely speaking English, not only developed English literacy after two years of Italian immersion but, by the end of first grade, scored higher in English reading tests than her English-speaking peers.

This was not initially the case. At the end of kindergarten, thanks to the 90% instruction in her first language, S.C. could read at grade level in Italian but scored at 0.0 in the standardized STAR Reading test in English, a language that she heard little in school and at home. Over the summer, S.C.’s decoding (pairing a ‘t’ with the /t/ sound) became more automatic in Italian, making her ready to start learning to decode in another language.

In May 2011, her English reading score soared to 3.3 (3rd month of 3rd grade). This means that in just one year, S.C.’s English reading skills advanced of more than three years, surpassing most native English-speaking children at the same age. These results were produced while the child was being instructed in Italian 90% of the time and in English only 10%.

While it usually takes two or three years for children in dual language programs to catch up with and surpass children in English-only programs in English-language assessments (Lindholm-Leary, 2001), it is clear that all children — English speakers and learners alike — can benefit tremendously from the opportunities and challenges brought about by a bilingual education.

The Italian American community in Southern California is fortunate to have this program and should not miss the opportunity to raise its children bilingually and bi-literally. It is hoped that other language communities will follow this example and make bilingualism and bi-literacy the norm in monolingual America.

Simona Montanari is Associate Professor in the Department of Child & Family Studies at California State University, Los Angeles, where she teaches graduate and undergraduate courses on language development and second language acquisition in childhood. She received a Ph.D. in Linguistics from the University of Southern California specializing in language development in monolingual and multilingual children.

Dr. Montanari has published her research in prestigious peer-reviewed journals and she is regularly invited to present on early bilingualism and trilingualism locally and internationally. Dr. Montanari has also been involved in the creation and implementation of an Italian-English dual language program in the Glendale Unified School District, for which she continues to work as a consultant. 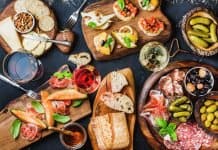 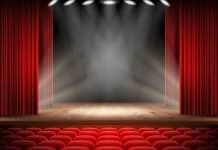 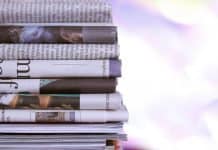