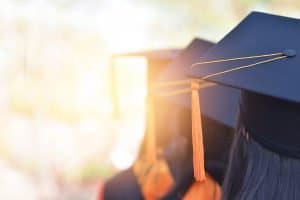 According to “Enrollments in Languages Other Than English in United States Institutions of Higher Education, Summer 2016 and Fall 2016: Preliminary Report,” by the Modern Language Association (MLA), enrollment in language courses other than English fell 9.2% in colleges and universities in the U.S. between 2013 and 2016, suffering the second-largest decline in the history of the census (the largest decline, 12.6%, was in 1972). Fall 2013 enrollments had also declined, but by a smaller margin (6.7%).

The results for 2016 suggest that the results for 2013 are the beginning of a trend rather than a blip; the decline between 2009 and 2016 is 15.3%. There had been sustained growth in language course enrollments since 1980 (with the exception of a dip of 3.9% in 1995). In terms of ranking, Spanish and French still lead as the two most-studied languages. American Sign Language continues to be third, having displaced German in 2013. But there have been shifts elsewhere in the ranking of the 15 most commonly taught languages. Japanese is now fifth, replacing Italian, which is now sixth. Korean has vaulted over ancient Greek, biblical Hebrew, and Portuguese to take the eleventh position. Portuguese and biblical Hebrew have switched positions.

The enrollment numbers of the 15 most commonly taught languages cover a wide range. Spanish is in a category all its own, with 712,240 enrollments. French and American Sign Language are in the 100,000 to 200,000 range, while German, Japanese, Italian, and Chinese are all between 50,000 and 100,000. Arabic, Latin, and Russian are in the 20,000 to 30,000 range, while Korean and ancient Greek have enrollments that are approximately half that. Some languages that had drops in enrollments between 2013 and 2016 show overall growth if one looks at the decade-long span from 2006 to 2016. American Sign Language, Arabic, and Chinese all increased in enrollments in that time span. The less commonly taught languages (LCTLs), which, for the purpose of the study, are defined as all languages not included in the top 15, posted a tiny aggregated increase of 0.2%.

While the report—which assembles responses by a total of 2,547 institutions, including two- and four-year colleges, universities, and seminaries—presents a comprehensive picture of language enrollments, it does not take up the questions of why enrollments are down and to what extent the recent decline is due to program cuts. A longer, in-depth analysis of the findings from the 2016 census will be published this summer.