Judging from the above quote, it would appear that being able to understand another person’s viewpoint is essential for effective communication. As the perceptions of most human beings are shaped by culture, the most important contribution intercultural communication studies have made for second-language teaching is that they have increased instructors’ awareness of the intricacies of managing a multicultural or a monolingual classroom in a foreign learning context, improving teaching and classroom quality for second-language students. In support of this argument, this paper presents a brief background on the influence of culture on language, the benefits of studying L2 for cultural acquisition, the importance of recognizing different cultural motivations for L2 acquisition, intercultural differences that lead to misunderstandings and poor learning/teaching, the prevalence of ethnocentrism, and lastly, methods and approaches that may be useful in second-language teaching.

Kaplan (1966) was the first author to develop a deterministic hypothesis, suggesting that people from different linguistic and cultural backgrounds organize discourse differently as a reflection of their native languages and cultures (Gonzalez, Chen, and Sanchez, 2001). Culture through language thus both reflects and affects one’s worldview, serving as a sort of road map to how one perceives, interprets, thinks about, and expresses one’s view of the world (Scheu and Sanchez, 2002; Landis, 2003, 283). Therefore, culture, among other things, affects how one speaks, reads, and writes.

Through L2 study, it is believed that students gain a knowledge and understanding of the cultures that use that language. However, intercultural communication studies show that in order to achieve higher developmental levels, students need to understand the sociocultural and pragmatic norms of a particular cultural way of thinking (Gonzalez, Chen, and Sanchez, 2001). Research indicates that explicit instruction in cultural pragmatics (Goddard, 2002) helps students make sense of the values, attitudes, and communication norms taken for granted in many language textbooks, oral presentations, and letter writing (Lo Bianco, Liddicoat, and Crozet, 1999, 135). Studies also demonstrate that understanding the reasons for the behavior of L2 speakers enables learners to accept cultural differences more easily and thus creates a more positive attitude toward the target language.

Studies also show that the needs of different learners must be considered and must reflect different approaches in the L2 learning environment. For example, in a case study examining the motivations of Japanese college learners, the most significant motivations for learning English turned out to be a wish for foreign travel; the desire for greater contact with foreigners; English media use; personal development; and interest in cultural comparison. Low value was placed on learning English for instrumental reasons (McClelland, 1998, 48). Once the exact nature of the learner’s orientation toward the goal of learning a language has been clarified, the teacher is in a better position to decide which strategies to utilize for promoting motivated behavior. Ideally, these findings can then be used to inform the design of the syllabus and classroom procedures, so that the needs and interests of the students are better fulfilled (McClelland, 1998, 7). In this way, intercultural communication studies are significant in identifying the motivations of various types of learners and in assisting the development of appropriate strategies to achieve communicative competence.

Studies have illustrated differences that exist in turn taking, degree of directness, attitudes to the acceptability of disagreement and direct criticism, forms of address, verbal and nonverbal feedback, appropriateness of topics, and adjacency pairs such as in greetings, apologies, compliments, requests, leave taking, etc. Different conversational styles are generally culturally determined. Thus, an awareness of different styles and preferences can help prevent negative evaluations of ability and personality for both instructors and students. It is also suggested that much of the current learning in an intercultural classroom should be built around incidents of cross-cultural misunderstanding (Scheu and Sanchez, 2002). Instructors should make second-language students aware that native speakers may not always be prepared to accept the validity of differing styles of communication, which may result in communicative attempts being misunderstood or rejected. Students should be prepared for this possibility, being careful not to take such behavior personally or be discouraged by it.

Since it is likely that teachers and students will have different cultures of learning (i.e., behavioral expectations based on previous classroom experience), differences in norms of behavior may lead to “systematic and recurrent miscommunication in the classroom,” resulting in an environment that is not conducive to learning. This applies not only to students’ behavior (or misbehavior) but also to teachers’ performance (Kato, 2001, 54; Scheu and Sanchez, 2002). As students’ perceptions about teaching and teachers clearly reflect their own cultures of learning, it can be said that understanding cultural differences is one way of improving teacher effectiveness (Kato, 2001, 63). With the awareness that students come from very different cultural backgrounds, which have an effect on learners—that is, Chinese and Japanese students often do not speak out, as they are from collectivist societies that value the group over the individual—a teacher can be more sensitive to their needs.

Intercultural communication studies also note that that many of the materials and methodologies used in second-language teaching are highly culture bound, and many teachers take it for granted (Lo Bianco, Liddicoat, and Crozet, 1999, 127) that these are the most advanced and effective materials and methodologies. This approach has been widely criticized as ignoring reality. If teachers do not clarify underlying assumptions, contempt and hostility may result on the part of the learner, who applies his own cultural framework as a yardstick (Lo Bianco, Liddicoat, and Crozet, 1999, 128). Teachers should be aware that the inappropriate application of L1 cultural norms in an L2 context can impede learning. However, learners do need to understand the cultural values and communication patterns preferred in the L2 society, so that they are aware of societal expectations and reactions (Lo Bianco, Liddicoat, and Crozet, 1999, 130). Studies have helped to develop various theoretical approaches as tools which can serve to illuminate cultural differences to both teachers and learners and overcome ethnocentrism.

Broad frameworks, which researchers have identified, can aid in the interpretation of behavior and communicative intentions in intercultural interactions. These include collectivism versus individualism, high vs. low power distance (or hierarchical vs. egalitarian), achievement vs. ascription, universalism vs. particularism, and high-context vs. low-context cultures. These frameworks work best when seen as a continuum on which cultures can be placed depending, for example, on the extent to which a culture values the group more highly than the individual or vice versa (Lo Bianco, Liddicoat, and Crozet, 1999, 133). For example, the widespread use of first names in Australian English can be better understood as an expression of the high value placed on egalitarianism in an individualistic culture (Lo Bianco, Liddicoat, and Crozet, 1999, 135). These frameworks can be useful in aiding instructors in cultural comparison through the L2 in the educational setting.

Researchers discussing the need to teach culture in the language classroom suggest that the best method is to compare the sociocultural and pragmatic norms of the learner’s first language with that of the target language and for teachers to act as cultural mediators and to explain the differences explicitly using a metacultural language, e.g., differences in thanking behavior between the Japanese and the English (Lo Bianco, Liddicoat, and Crozet, 1999, 131). Natural semantic metalanguage researchers predict that in all languages it is possible to express meanings equivalent to “I,” “you,” “someone,” “something,” “people,” “do,” “happen,” “think,” “say,” “know,” “want,” “good,” “bad,” “big,” “small,” “this,” “when,” “where,” “because,” “can,” “if,” “not,” and “like,” in specific syntactic contexts. These meanings, known as semantic primes, are easily recognizable, easy to learn, and can and should, according to Goddard (2002), form part of the early syllabus of L2 learners. Studies indicate that semantic explications and cultural scripts allow one to draw connections between broad cultural themes, key lexical items, proverbs and common sayings, linguistic routines, and so on. Essentially, cultural scripts are phrased in simple, nonethnocentric terms. Cultural scripts are not intended as descriptions of how people behave, but rather as claims about what people think about how to behave (how to speak, how to think, how to feel, and so on) in different cultures (Goddard 2002). For teachers, the awareness that many languages are able to express equivalent meanings indicates that such meanings can be taught and recognized by L2 learners.

Intercultural communication studies indicate that teachers should also stress individual differences among students and the role of personality, while not dismissing the role of culture in the classroom (Landis, 2003, 297). In addition, language teachers should encourage students always to ask questions about who the people interacting (or writing) in exercises are, for what purpose the language is used, and in what context. These questions ensure that language texts are understood within their cultural, personal, and circumstantial dimensions (Lo Bianco, Liddicoat, and Crozet, 1999, 115). Conversation should be presented in the classroom in a naturalistic fashion (Landis, 2003, 296), i.e., by using unscripted videoed conversations to preserve the natural features of conversation. In utilizing unscripted or naturally occurring conversations, it is then possible to show learners how conversationalists interact and maintain face, what social strategies they employ, and how the spoken L2 is used (Lo Bianco, Liddicoat, and Crozet, 1999, 148). Studies are therefore useful in demonstrating that the introduction of cultural materials in language classes should be limited to those items that are most closely related to the actual speech act.

Studies also demonstrate that the amount of cultural materials to be introduced in the L2 classroom is influenced by the level of instruction and the range of uses to which the language is to be put. The Council of Europe’s threshold method, where the goal of language instruction is to allow the learner to cope with a society as a foreign visitor, is an example of this approach (Lo Bianco, Liddicoat, and Crozet, 1999, 67). Differentiation is also considered an effective way for teachers to offer meaningful instruction delivered around challenging content and designed to meet the needs of students at their appropriate levels and to help them achieve maximum growth (Theisen, n.d.). Teachers should also continuously be acquiring new knowledge regarding best practices and sharing that knowledge with colleagues (Montecel and Cortez, 2002). Professional development is essential if teachers are to improve their effectiveness in L2 classrooms.

Intercultural communication studies most effectively illustrate that language teachers need to go beyond monitoring linguistic production in the classroom and become aware of the complex and numerous processes of intercultural mediation that any second-language learner undergoes. The increasing heterogeneity of today’s classrooms reflects cultural, linguistic, cross-generational, immigration, and interethnic diversity. Accommodating this complex diversity demands a fundamental rethinking of the purposes, curriculum, goals, instruction, and intended outcomes of teaching. As demonstrated above, intercultural communication studies serve to prepare instructors for this formidable challenge by identifying how cultural differences influence teaching and learning in the classroom and by suggesting possible methods and approaches to improve L2 instruction and acquisition. Studies identify the negative prevalence of ethnocentrism in teaching materials and methodologies, how intercultural differences can lead to misunderstandings and poor learning/teaching, and how important different cultural motivations are for L2 acquisition. Since learning about culture requires an intellectual effort, perhaps the L2 teachers’ most difficult task is balancing the need to learn about a language with the need to learn the language itself. Teachers require support for these efforts and professional learning to ensure multiculturalism in the classroom becomes a resource and not a limitation.

This article originally appeared in Language Magazine in November, 2016. 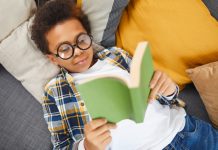