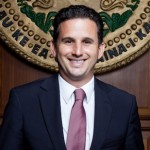 The Native Language Immersion Student Achievement Act, originally introduced in early 2014, passed another legislative landmark and was advanced by the Senate Affairs Committee. The measure creates a grant initiative to help establish native language education for Native Hawaiian, American Indian, and Alaskan Native students as well as revitalize and maintain America’s indigenous languages, of which there are approximately 150. “Language is vital to every culture, and schools like Nawahiokalaniopuu on Hawai‘i Island have shown us how Native language education can revive a once near-extinct language and help preserve the traditions and customs of Native communities,” said Senator Schatz of Hawaii, a member of the Senate Indian Affairs Committee. “With [the] key vote, we are one step closer to strengthening Native language schools and programs in Hawai‘i and across the country and ensuring the Hawaiian language and many others continue to thrive.”

According to the bill $5 million dollars will be granted to tribes, tribal organizations, Tribal Colleges and Universities, and public or private schools, over five years to assist with the development of native language education. “I’m glad this bill has passed another milestone in the legislative process, because it is much needed and so important for schools like Ke Kula O Nawahiokalaniopuu that are using our own native American language as the medium of instruction,” said Kauanoe Kamana, Director of Ke Kula O Nawahiokalaniopuu. “For us in Hawai’i where such schooling now serves approximately 3,000 students statewide, this support is greatly needed by parents and teachers to support growing demand. It is exciting that Senator Schatz has been able to help advance this bill on our behalf.”