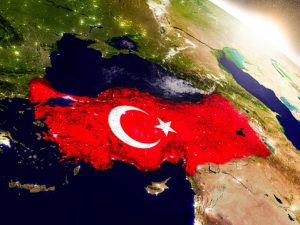 Last month, Language Magazine published an article outlining the draconian measures being taken by the Turkish government against teachers in the wake of the failed coup attempt. Now, the Middle East Studies Association of North America has called for Turkey’s government to end “moves to dismantle much of the structure of Turkish higher education through purges, restrictions, and assertions of central control.” The demand has been signed onto by an unusually strong and diverse coalition of 45 academic organizations based in the U.S. and in Europe. (See full statement with signatories here.)

Amy Newhall, executive director of MESA notes, “Academic freedom is but one manifestation of broader freedom of expression. Where scholars are at risk, so are human rights activists, journalists, and average citizens as well. Academic freedom is not some high-minded concept, a value that can be set aside or trumped by security concerns, real or illusory.  It is a basic human right that we must value and protect both here at home and abroad.”

In the interests of free speech and fairness, LM is now sharing the other side of the story as presented by Sevgi Demir, an English teacher at Acıbadem College in Istanbul.

The facts in this unedited article have not been verified by Language Magazine and the opinions expressed ares solely those of the author. After the article, Aslı Ü Bâli, a law professor at University of California Los Angeles, offers an alternative view.

The Failed Coup Attempt and Teachers in Turkey

To understand what is happening to the 21,000 teachers out of their 1,000,000 freely-working colleagues, one needs to know about the Gülen movement which started in the 70s and got stronger after 90s. They called themselves ‘The Service’ because their aim, as common people saw it, was to serve God for the raising of a decent and well-educated Muslim youth.

The system was mostly based on students. They had many private schools and successful university exam preparation courses which gave them a chance to form contact with a significant amount of young people. In these schools, they provided quality academic education as many other successful educational institutions in Turkey did. What they did after lessons ended, though, distinguished these places and made them attractive to the parents who valued religion.

“For each small group of their pupils, they assigned guiding teachers and older ‘sisters and brothers’ among university students who were raised within the system before. In other words, the best-adapted ones of today’s students would be educated to become tomorrow’s ‘sisters and brothers’ and the following day’s teachers. They were all decent and dedicated to the Service. What they did was to be with the young as often and as long as possible and win their friendship and trust. They would tutor them, help with their homework, listen to them, give them advice when they needed, become a role-model and cause them to love Gülen.

The older group stayed in furnished flats close to the universities they attend, which were provided by the Service and they were tied to even older ‘sisters and brothers’. The youngest group was often invited to these flats and given a chance to witness and live a religious life. They would read the books of Said-i Nursi (a Muslim scholar who wrote books about the teachings of Koran) and Gülen and pray together.

The system would check on the young and make sure they are not leading a corrupt way of life. This fact gave relief to the parents who were worried about their children living in a world full of nice-looking threats. The parents and other people who share their concerns kept donating money for the system to work. The poor gave their wedding rings, and the rich gave thousands and even millions to improve the education of the young. Among the wealthy Turkish people, groups were formed which would gather in the flats of preachers of the Service and read Nursi books, but more important than that, they would keep funding the system.

Meanwhile, the Community started establishing schools in almost every other country around the world. The dedicated teachers were assigned to go and work in any of the new schools and did not even think of saying “I can’t go.” They went to remote places some of which were even at war and worked for very low income to ‘serve’ God. The schools abroad had a similar system, and they taught Turkish to students as well as English. Soon, International Turkish Language Olympics started to be held, and thousands of Turkish-speaking foreigners competed to become the best. The already-grown trust and respect towards the Gülen movement hit the peak.

But not many people would realize that when the angels were before the camera, the demons behind it started to leak into bureaucracy, legislation, and army. They gradually formed a ‘Parallel State’ which took orders not from the Turkish Republic but Gülen and his men.

The Community turned out to form three layers. The bottom involved the faithful public who took Gülen as the ‘Savior’, believed and obeyed everything he said. This group valued Islam. The middle layer was formed by the main fund-raisers who were made substantially wealthier. They valued money. The top layer involved the Parallel State Managers and Gülen himself. They only valued power. Finally, the top used the money from the middle and the service of the bottom to attempt a coup in Turkey on July 15 but got defeated by an unarmed nation that values freedom and is not afraid to lie in front of tanks trying to threaten their liberty.

The state, obviously, needs to completely wipe off its parallel to run smoothly. And where are the 21,000 teachers located in the incident? They unintentionally raised people for the bottom and in turn, top layers. In other words, they are the nutrients of the system. And now, their teaching certificates are invalidated by the Turkish Republic, and they will not be able to teach in any schools.

You surely ask: Is this fair?

But who am I to answer that question when Halil Kantarcı’s three kids (aged 1, 3 and 10) and 246 other families are still weeping after their loved ones shot dead on that bloody night and 75 million terrified to have seen their Parliament building bombed by terrorists wearing their own army’s uniforms?

I think the problems with the article are manifest without much knowledge of Turkey. I agree with the description of the schools in question. The claims about what the broader intentions of other “layers” of the movement (the fundraisers valued money, the managers only valued power etc.) are contestable (particularly the question of their empirical basis) but reflect widely held views across Turkey concerning the Gulen movement. It should be noted that these views have been framed by a demonization campaign in government-aligned media for over three years (and the closure of much of the opposition media on the grounds that it, too, was aligned with the Gulen movement has left few other sources of information other than AKP-aligned media).

Even if we were to accept as empirically true that all 21,000 teachers whose licenses have been revoked were affiliated with the Gulen movement, and that higher echelons of that movement represented a threat to the state and its ideological orientation, the conclusion of the article would still be troubling. The author argues that guilt-by-association is a legitimate basis to revoke the licenses of teachers who the author argues were providing “quality academic education.” The author never suggests these teachers were involved with whatever others affiliated with the movement may have attempted with respect to the state. Instead, the fact that the teachers competently trained individuals with an academic education is their only alleged role. Whatever the individuals they trained may or may not later have done is not linked by the author to those teaching activities. Further, in the last line the author seeks to justify the broad purge because 240-plus people died in the attempted coup. Such an argument is logically problematic unless you can show some culpability among the 21,000 teachers for the events that led to those deaths.

In short, the article reflects common views in Turkey that the Gulen movement represents a menace and a “parallel structure” within the state that authorizes the state to use all necessary means to run a wide purge. But those views (that guilt by association is a sufficient basis for suspensions, firings, detentions etc.) run counter to a system of rule-of-law, procedural protections and the presumption of innocence. Whether you choose to run this sort of argument in your publication depends on your view of some of these questions at least as much as (if not more) than your knowledge of Turkey.