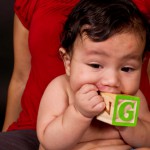 Preschool skills are transferred from one language to the other

New research from the University of Missouri shows that Spanish-speaking preschoolers experience significant improvements in their English skills when they have a good grasp of Spanish letters and numbers. In another study, the researcher found that behavior traits play a role in English learning. These findings suggest that early education programs that connect children’s word and math skills in Spanish to those in English can increase school readiness for Spanish-speaking children.

“For most Spanish-speaking children, preschool is the first time that they are exposed to an English-speaking environment,” said Francisco Palermo, assistant professor of human development and family science in the University’s College of Human Environmental Sciences. “Spanish-speaking children who enter preschool with limited English proficiency rely on the classroom setting to build their English skills. They may have parents who are not comfortable with the English language and worry how their children will do in school without their help in English. Now, there is evidence that early reading and math skills learned in Spanish can support the learning of those skills in English.”

For his research, Palermo examined the associations between skills that preschool-aged children already possessed in Spanish, understanding the alphabet and identifying numbers, and their gains in those English skills over the course of the school year. Children were assessed on their vocabulary, letter and math abilities in the fall and again in the spring. The assessments were conducted in both English and Spanish to study associations between skillsets with set controls to account for gender, parent education and children’s cognitive abilities.

Looking at the assessments, Palermo found that preschoolers who had strong letter and math abilities in Spanish experienced gains in those English skills. Building on Spanish skills appears to improve English proficiency during preschool, thereby maximizing their ability to enter school ready to learn.

“Even if parents can’t speak English or know very little English, they can foster English learning by reading to their children and by talking about and doing math in Spanish,” Palermo said. “Doing so will greatly improve the child’s ability to keep up in an English classroom setting.”

Palermo also tested how children’s ability to control their behavior, such as knowing how to wait your turn, impact English learning. In that research, he found that enhanced behavior regulation abilities, which parents can model and teach children, appeared to increase children’s likelihood of exhibiting vocabulary and literacy skills in English and Spanish by the end of preschool versus exhibiting them mostly in Spanish.

The study, “Cross-language associations and changes in Spanish-speaking preschoolers’ English and Spanish academic abilities,” recently was published in Applied Psycholinguistics. Palermo’s other study, “Self-Regulation Abilities and Spanish-Speaking Preschoolers’ Vocabulary and Letter-Word Skills in Spanish and English,” was published in Early Education and Development. Research was supported by the U.S. Department of Health and Human Services (90YF0062).