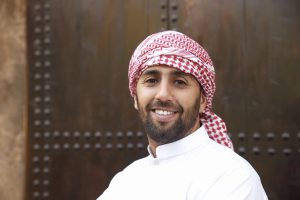 In Abu Dhabi, Shaikh Nahyan Bin Mubarak Al Nahyan, minister of Culture and Knowledge Development, told the Federal National Council (FNC)-the legislature of the United Arab Emirates (UAE)- that he supported initiatives aimed at promoting Arabic language in UAE society.
The FNC adopted a motion to re-issue legislation and rules necessary for protecting the Arabic language. Concerned over the lack of use of Arabic and students’ poor skills in the language, Hamad Al Rahoumi, a member from Dubai, demanded that a law be enacted to mandate the use of Arabic in federal, local, and private workplaces.
Shaikh Nahyan agreed to the House’s demands that all recommendations to promote the use of Arabic, especially concerning development of Arabic language curricula and teaching methods, be implemented.
Shaikh Nahyan, who chairs the Arabic Language Advisory Council responsible for supporting efforts to implement the initiatives made in the Arabic Language Charter, said efforts would be made to achieve a comprehensive change to teaching methods in public and private schools to enhance the standing of Arabic as a language of culture, science, and civilization.
In 2012, Shaikh Mohammad Bin Rashid Al Maktoum, Vice-President and Prime Minister of the UAE and ruler of Dubai, announced wide-ranging initiatives to promote the use of Arabic, including the setting up of an Arabic Language Charter and the formation of an international committee of experts to promote Arabic as the language of science and technology.
Meanwhile in Israel, where one in five citizens’ mother tongue is Arabic, human rights groups are warning that Arabic speakers are increasingly fearful of using it in public as hostility has mounted towards the language from both officials and the Jewish public.
The warning comes as lawyers have threatened the municipality ofTel Aviv, Israel’s largest city, with a contempt of court action for failing to include Arabic on most of the city’s public signs—14 years after the Israeli supreme court ordered it to do so.
According to the leaders of Israel’s large Arab minority, Tel Aviv’s policy reflects a more widespread antagonism towards Arabic, despite its official status as the country’s second language.Arabic, rather than Hebrew, is the mother tongue 1.7 million Israeli citizens.
According to Jamal Zahalka, a Palestinian member of the Israeli parliament, few public bodies produced documents or materials in Arabic, and many companies and public institutions warned workers not to speak Arabic with other staff or customers.
“The hostile attitude of official bodies, including municipalities like Tel Aviv, encourages a general climate that treats Arabic as an alien and despised language,” Zahalka told the Al Jazeera news network. “How can one expect anything else when the Israeli parliament itself refuses to give proper recognition to Arabic?”
Zahalka noted that over the past few years there had been a slew of private bills from members of Israel’s ruling parties to downgrade Arabic’s status, adding that it was only a matter of time before one succeeded. Growing concern about the status of Arabic follows research showing that many Israelis hold extremely negative views of the language.
A survey released in December, found that while 17% of Jewish citizens claimed to understand Arabic, that figure fell to just 1% when they were asked to read a book. The same survey found that half of Israelis of western heritage wanted Arabic scrapped as an official language, while the figure rose even higher—to 60%—among those whose families originated from Arab countries.
According to another recent survey, one in four Arab Israeli citizens struggle to read Hebrew.