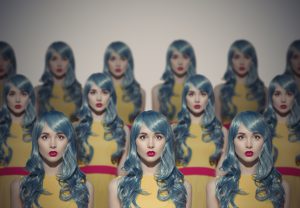 According to a new study focusing on language acquisition in the brain, even short repetitive exposure to new words induces a rapid neural response increase that suggests memory building.

The University of Helsinki’s Lilli Kimppa studied neural response dynamics to new words over brief exposure and measured the neural activation of Finnish-speaking volunteers with electroencephalography (EEG) during auditory tasks in which existing Finnish words and non-words, with Finnish and non-native phonology, were repeated.

“Unlike with existing words, new words showed a neural response enhancement between the early and late stages of exposure on the left frontal and temporal cortices, which was interpreted as the build-up of neural memory circuits. The magnitude of this neural enhancement also correlated with how well the participants remembered the new words afterwards,” Kimppa says.

To examine the effect of attention, the words were presented for about 30 minutes in two conditions: participants were either passively exposed to the spoken words in the background, or they listened to the speech. Similar neural enhancement to new words was observed in both listening conditions.

Kimppa also noticed that the response enhancement to new non-native words was greater in participants who had learned more foreign languages at an early age, implying greater flexibility of such brains to acquire speech with different phonology.

“Control children exhibited a response increase to a new word within the first six minutes of passive perceptual exposure. Children with dyslexia, however, did not show such neural enhancement during the entire 11-minute session. This suggests deficient rapid word learning abilities of the brain in dyslexia compared to non-affected peers. Dyslexics possibly need even more repetition or different kinds of learning strategies to show the neural effect,” Kimppa says.

The dissertation is available here.