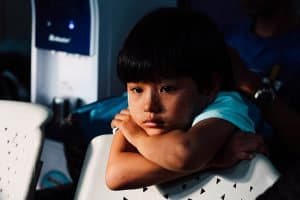 The Migration Policy Institute and the National Center on Immigrant Integration Policy have released a new report on the young Dual Language Learner (DLL) population in California. The report was pooled over the 2011-2015 period of children 8 and under, and found that these DLL’s with at least one parent who speaks a language other than English at home are less likely than their English-only peers to access high-quality early childhood programs even though they benefit disproportionately from such services.

DLL’s make up a significant amount of student population in California, coming in at 60%. 57% of DLL’s live in low-income families and 29% of DLL parents have less than a high school education. Non-DLL’s, on the other hand, have a population of 36% who live in low-income families and 5% of parents who have less than a high-school education.

Research has shown the significance of early learning in influencing future success, thus the low-levels of DLL’s in pre-K programs may lead to the discrepancies seen between ELs and non-ELs in later academic outcomes. By the time EL’s and non-EL’s reach fourth grade, significant differences in both math and reading skills can be observed. Non-EL’s reach scores of 244 and 240 in math and reading, respectively, in NAEP testing, which is higher than EL scores of 183 and 211.

The report concludes that more policies must be enacted in order to ensure that young children who speak a language other than English at home, and who are learning English as a second or third language have the same opportunities and equal access to high-quality pre-K as non-ELs.