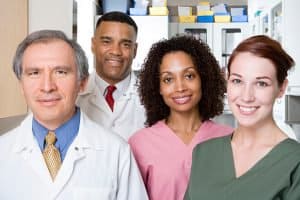 Without any prior discussion, the Michigan House of Representatives has passed a bill, HB 4053, making English as the state’s official language of government. The vote was mainly along party lines with the Republican majority in support of the move.

The bill requires that English be the official language used in all public documents and in all public meetings, but it does not prohibit state departments from translating official documents to languages other than English as long as the original documents are filed in English. There are some exceptions for tourism, business promotion, and the court system.

Michigan Democrats criticized the bill as divisive. “This is a fundamentally wrongheaded and exclusionary effort. It excludes people who are deaf and who use sign language and people who are immigrants,” said Rep. David LaGrand, D-Grand Rapids. “If we start signaling that we shun differences, this is a dark moment for our republic.”

Erin Parris-Dallia, president, Michigan World Language Association, was adamant in her opposition to the bill, “We oppose this bill and any other legislation that seeks to minimize the value of our state’s linguistic diversity, which is one of its great strengths. Proficiency in more than one language is no longer a “nice-to-have” skill, it is a “must-have” in today’s interconnected world. We are troubled by the message this bill sends to Michiganders who speak, study, and teach languages other than English, as well as to those outside our state who recognize the value of these skills.”

The sponsor of the bill, Rep. Tom Barrett (R-Potterville), commented, “Are we so divided that we can’t get 55 people to acknowledge that English is the fundamental language of this state? Diversity with no shared values drives us deeper into our different corners and silos.”

Nathan Bootz, English department chair at Alba Public Schools in Lansing, Michigan, described the move as “both folly and foolish,” adding: “Michigan has always been a diverse population across both peninsulas, and to say that English is the official language is a waste of time and resources. Does it really matter? Will this help unite our country or state? Will it improve the economy? Will it help protect our natural resources? Will it improve the situations of the impoverished? Let’s hope our lawmakers have a better plan to bring Michigan to greatness, than by making English our official language.”

The bill now moves to the state Senate in Michigan, where it is expected to pass, as the Republicans hold a 27-11 majority.