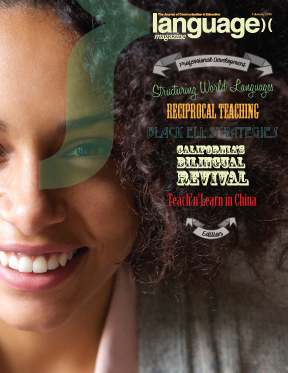 As immigration policy remains a key issue in the U.S. presidential race and resettlement of refugees from the Middle East and Central America hits the headlines, instead of focusing on the negative, it’s more constructive to balance the argument by analyzing what benefits immigrants and long-term visitors bestow on their host countries and how to make the most of those benefits. Economic success may well hinge on a nation’s ability to recognize and utilize the skills of its immigrant populations.

The success of the U.S. economy in the 20th century owes much to the wave of European immigrants who brought skills, entrepreneurship, and cultural knowledge with them which not only changed the American palate but also put the nation in a position to take advantage of the post–World War II boom in international trade.

In addition to expanding and diversifying their workforces and their skillbases, developed countries that welcome immigrants are in a better position to experience the benefits of increased international trade and exchange. Often, immigrants provide the labor, capital, and entrepreneurship to set up new businesses that cater to global markets, many of the benefits of which are global, but some of the benefits of the economic activity are concentrated in the areas where the businesses were set up.

In his book Borderless Economics: Chinese Sea Turtles, Indian Fridges, and the New Fruits of Global Capitalism, foreign editor of The Economist Robert Guest focuses on China, noting that with about 60 million ethnic Chinese living overseas, the Chinese diaspora is as big as the population of France. Many of these migrants were refugees from Mao’s communist regime who are invaluable now that the Chinese economy is flourishing. Guest notes that: “The overseas Chinese serve as a bridge for foreigners who wish to do business in China. They understand the local business culture… that knowledge can be the difference between success and failure. Studies show that American firms that employ lots of Chinese Americans find it much easier to set up operations in China without the crutch of a joint venture with a local firm.”

Thanks to its large Hispanic population, which speaks the language and understands the cultures of its trading partners, the U.S. is well placed to benefit from the developing economies of Latin America.

Since 1965, over a million immigrants have come from Africa, home to eight of the ten most dynamic economies in the world; as of 2013, more than two million Indian-born immigrants resided in the U.S.; and Arabic is the country’s fastest-growing language percentage wise (LM, Nov. 2015). More recognition of the cultural knowledge of these and other immigrant communities would further benefit the country not only economically but culturally and in terms of security.

America’s foreign-language deficit has been well documented, especially in key areas of national security. Immigrants have the skills that are needed for the prosperity and safety of the country, but little value is placed on this resource. Instead of dismissing these skills and wasting a valuable resource, we should be developing links between communities so that the world’s languages, cultures, and ideologies can be understood by the next generation of Americans, whose everyday lives will require international sensibilities that we can only imagine now.

No Longer the Silent Subgroup Ayanna Cooper, Kisha C. Bryan, and Babatunji Ifarinu explain how our teaching and attitudes need to adapt to the needs of Black English learners

Is Spanish Just an Immigrant Language? Domenico Maceri questions the status of Spanish in the U.S.

Last Writes Richard Lederer on sex and the singular pronoun