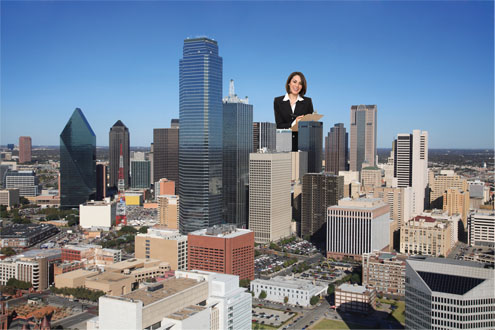 Lesley Glendenning asks what teachers can learn from students

“Imagine a typical classroom scene. You are the teacher. As you walk into your classroom you find your students waiting to learn from you. But do you ever consider what you could learn from them or whether in fact the roles could be reversed and they become the teachers while you become a student?

Originally from England, I have lived in South East Asia and Australia, and now teach English as a Second Language (ESL) in an American-run school in Germany to classes of Koreans and western Europeans. It is a Christian-run school catering mainly for missionary children. For the last few years, I have wondered how I could broaden my teaching to involve students more. I often felt that although I was teaching them English, there were aspects of life experience such as culture, traditions, and customs that the students knew far more about than I did and may, in some way, be incorporated into learning English.

It was then that I discovered the International Teaching Certificate (ITC), sponsored jointly by the UK’s University of Cambridge International Examinations and the European Council of International Schools (ECIS). Designed for qualified and/or experienced teachers who find themselves teaching either in an international school abroad or in a school in their home country that attracts students from other countries, it aims to develop international-mindedness through both school-based learning and reflective practice. It offers an exciting opportunity for professional and personal growth in an area that can lead to transformational school development.

Just after the start of the new academic year in September, students and teachers were buzzing with preparations for Thanksgiving. Where could you buy a turkey? What was the best recipe for pumpkin pie? Should it be celebrated on the correct day or on the weekend? For me, as an outsider, this was all new. Eventually I tracked down some colleagues who took the time to explain what it was all about — the history behind it and the celebrations that were connected with it. As the celebrations got underway, I could observe with a much greater understanding than before.
On reflection I wondered whether other countries celebrated Thanksgiving too. Not having any idea, I posed the question to a few of my students. You can imagine my surprise when many of them became eager and excited to share their own Thanksgiving celebrations — from India, Korea and Hong Kong. Not only were my eyes opened, but the students themselves listened to each other attentively, asked questions, and reflected on the similarities and differences between their cultures. It was a very moving experience for all.

Having dipped my toe into the cultures of some of my students, I decided to take another step but this time a more proactive one. The first and second grade classes of the school are bilingual (English/German) with the majority of students from the U.S. and Germany. However, there are some exceptions to this with a few students from England and others with one parent from Spain, the Netherlands and Sweden. The week before Christmas I gathered the students and teachers together and gave them a project: their task was to act out typical preparations for Christmas from their country. They could nominate a student from their group to be the narrator and they were encouraged to use props.

A short time later the classes gathered together. There was an air of excitement and anticipation amongst both students and teachers. The Americans and Germans both put on great ‘plays’ with each group highlighting particular events that take place during the Christmas period. Although the narration helped, it was more of a visual experience and therefore could be enjoyed by all students, no matter what their level of English.

Being English I worked with the English students and we enjoyed identifying some of the different aspects of Christmas that others would find interesting or unusual, such as stockings for Father Christmas or the pulling of crackers during Christmas Day lunch. I also assisted those students who represented minority countries and became a voice for each of them as they acted out their particular celebrations. At times the students themselves would explain a particular event that brought to life traditions of which many had not heard.

So what did the students learn? On the surface they developed an understanding for other cultures and the similarities and differences that exist. The activity also encouraged students to take pride in their cultural background and reflect on how their differences made them unique and special instead of just “different.” None of the students were passive learners and either took on acting or narrating roles. They asked questions, translated for each other, and laughed together. For me as a teacher it was fascinating to observe, participate and learn.
The teachers involved have already asked to do a similar event next year but, in the meantime, there is much to learn. As each local and regional German festival is celebrated, it provides opportunities for German students to explain the meaning and traditions behind each one. This enables others to observe and participate with understanding.

So how can you take these lessons into your classroom? First take a look around at your students. Where do they come from? Which countries have they lived in? What are their life experiences? Could you facilitate activities that encourage students to ‘teach’ others (including yourself) and bring pride and delight at their differences rather than feel they are in the minority and must conform to the school or country in which they live?

Lesley Glendenning is an English as a Second Language teacher at the Black Forest Academy in Kandern, Germany.