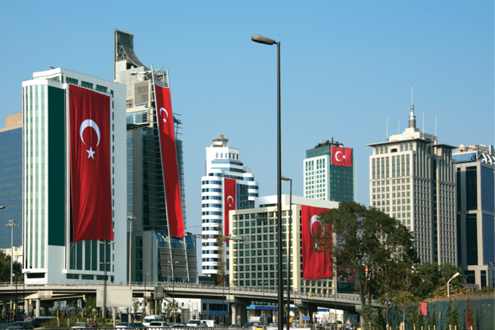 What could we do this year to improve world language education in the U.S?

The most important factor toward improving language acquisition for our nation lies in our ability to build and support a community of innovators to change the way Americans learn language. For the past ten years, the National Security Education Program’s Language Flagship has worked with a growing community of U.S. institutions of higher education and K-12 schools to establish language programs with high expectations along with corresponding in-depth language learning opportunities for students of all subjects and majors. The Language Flagship integrates intensive foreign language instruction, advanced content courses in the target language in a variety of disciplines, and long-term overseas study and internships exclusively in the target language to enable students to achieve professional-level proficiency.

Programs that blend high-level study in language and culture into the undergraduate experience have been successful in drawing an entirely new group of language students into the classroom. Many of these students choose to double major in language and another discipline. In order to continue such success, language education in U.S. higher education must be a collaboration that includes a wide range of academic schools and departments, associations, training institutes, federal and state government and the private sector. Transforming language education is not only imperative to our national security; but it is also something to which students (and their parents) respond strongly. Over the next year, my vision is to continue our work with colleagues and innovators across this broad national spectrum to create a language-enabled citizenry to meet the needs of the 21st century national security workforce.

It is critically important for many more Americans to find a way to learn more of the languages of the Middle East — Hebrew, Farsi, and Turkish in particular. Arabic, of course, but lately there is a surge of interest in Arabic, as there is in Chinese, and it is finding its way into more and more departments of modern language at colleges and universities. This only scratches the surface of the critically important languages of South and Southeast Asia.

In 2013, ACTFL would like to see the President and the Congress act on some of the President’s comments about the importance of learning languages for ALL Americans. We need more than rhetoric about the importance of language learning for economic and defense purposes as well as for the increased benefits that second language learning provides for the improvement of literacy skills called for by the Common Core State Standards.

The Russian language is an important one for study in today’s world, as it allows American students to help bridge the gap between nations and further the mutual cultural understanding between two sets of peoples. In addition, Russian is regarded as a strategic language. As such, the American government has sponsored a Russian language immersion program through California State University, Northridge that allows undergraduate students from all around the country interested in the language to not only increase their proficiency but also their understanding of today’s Russia and its people. The program has been exceptionally successful in that students are able to advance significantly in just six weeks during the summer, several even gaining fluency as a result. Further, the program also allows students to apply what they learn into studies of subjects pertaining to their major or chosen profession. In this way, students can learn to utilize their Russian in a way that will be most beneficial and useful in their future lives.

Within the last five years, California State University, Northridge has been receiving a grant in order to fund this immersion program. The program encourages students to study Russian, as students must be at a certain level of proficiency in order to participate in the study of the language in Russia. Last summer, the university was given a new grant by StarTalk, which supports the education of students in less-commonly learned languages. This grant is allowing us to continue our immersion program. We encourage all interested students from across the country to apply.