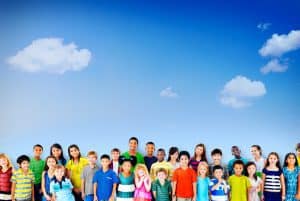 According to speakers at last month’s meeting of Los Angeles Unified School District’s (LAUSD’s) Early Childhood Education and Parent Engagement Committee, early dual-language programs may prove to be the best way to ensure a quality education for the District with the largest English learner population in the nation.
“This is a great benefit to LAUSD, it is your future,” said Karrie Roy, a parent center representative for Grand View Elementary School in LA’s Mar Vista. “You need to expand what we are doing. This is a way to save LAUSD.” Roy noted that her school has had a dual English-Spanish immersion program for 27 years and Pre-K dual-language classes for the past decade.
“We are one of the district’s best-kept secrets, and this has boosted our enrollment and helped our retention,” Roy said. “Parents bring their children from all over and want to enroll. Some of the kids are still in diapers and are too young to come to school, but the parents want them to join. For me personally, as a gringa, it’s important for me and my children to understand other languages.”
LAUSD has 31 elementary and middle schools with dual-language programs for Spanish, Korean, Mandarin, and now Armenian, which is new this year and in two schools, said Hilda Maldonado, executive director of the Multilingual and Multicultural Education Department. She said the district is planning dual-language pilots this year for expanded transitional kindergarten that will also make the district more attractive to parents who want bilingual programs. She also said that local district superintendents are preparing feeder patterns to figure out how students can go from kindergarten through 12th grade in dual-language programs at all district schools.
Superintendent Michelle King said she is committed to increasing the number of bilingual and biliterate high school graduates by 60% by the 2018-19 school year, according to Maldonado.
California teaches one in four of the nation’s dual language students, and at LAUSD, 165,000 students — or 26% of the entire district — are English learners, and more than half of the 14,000 students in the district’s early education centers are dual-language learners, according to a recent report (Preparing LAUSD Students for the Global Economy: Maximizing the Assets of Dual Language Learners in the Early Years https://boe.lausd.net/sites/default/files/%2001-24-17LAUSDStudentsGlobalEconomyPacket.pdf) by the Department of Child and Family Studies California State LA.
If all the English learners in LA Unified were put in their own school district it would be the second-largest district in California and the 14th largest school district in the country, according to Marlene Zepeda, who co-authored the report.
“In most places in the world, bilingualism is the norm, it’s not the anomaly like it is here in the United States,” Zepeda said. “In LA Unified you need to have preschool in the master plan of bilingualism.”
A program that will set up dual language curricula for pre-K students is being compiled by Dean Tagawa, the executive director of LA Unified’s Early Childhood Education Division. He noted that it is harder to teach a child another language by the age of seven, so beginning earlier is better.“We will be putting together a timeline,” Tagawa said. “For this program to go district-wide you need to take a step back and say let’s do this well. You can’t just say to a teacher, ‘You speak Chinese so you will speak it half the time in your classroom.’ There needs to be training.”
More dual language schools would also result in the district being able to more quickly reclassify students who are English learners and make them proficient in English, Tagawa said.
To help with the district’s goal, they are considering a new fluency exam that would assess the verbal and writing skills of teachers with multiple languages. They also want to educate and involve families in the programs.
Committee chairman and school board member Ref Rodriguez warned, “We have a lot of work to do to teach our leaders and teach our parents that they have the right to ask for this.”
February