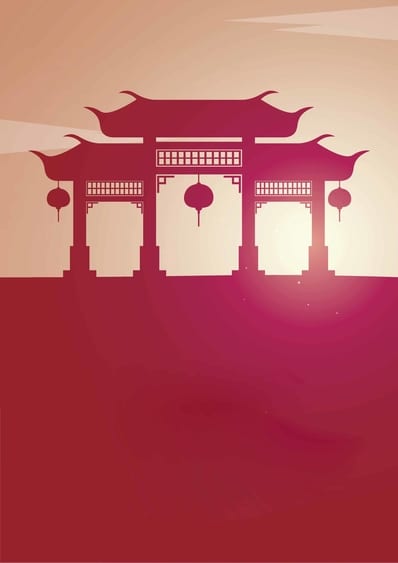 solution for the youngest learners of Mandarin

In October 2014, Facebook CEO Mark Zuckerberg gave a speech at Tsinghua University in Beijing entirely in Mandarin Chinese. While his delivery was not perfect, the speech itself was a nod to what so many business and community leaders already know: Mandarin Chinese, the most widely spoken language in the world, is becoming a critical tool for global leaders and thinkers.

Many parents with young children have taken note. Seeking the most effective way to teach their kids Mandarin Chinese, moms and dads across the U.S. and abroad are looking for language programs that can make learning fun and assist kids in getting the best possible start when it comes to language acquisition.

In some areas of the country, Mandarin-immersion programs are offered starting around kindergarten. But the best time for kids to start to learn Mandarin—or any language, for that matter—is in infancy. For parents of preschoolers, the options are limited, but that is changing thanks to developments in educational technology.

The benefits of foreign language learning are well documented, with research dating back decades. And with China expected to be the world’s largest economy by 2030, interest in learning Mandarin is increasing.

“There is no precise way to measure the demand for Chinese language teachers over the next five to ten years,” the authors wrote, “but using historical experience with other languages, we can say that if Chinese were to become as popular as German, we would need 2,800 teachers. If it were to become as popular as French, we would need 10,000 teachers.”

With H-1B visas becoming more limited, the current shortage is only likely to get worse. Parents without access to Mandarin programs in their local schools are left looking for other options. And even for children fortunate enough to get into an immersion program, experts say that the ideal time to start learning a foreign language is even earlier than kindergarten. In a recent study, researchers from the University of Washington discovered that babies are born with the ability to distinguish sounds from any language from across the globe. That ability extends beyond their native tongues and gives them a great
aptitude for learning more than one language at once.

Some experts have honed in even further on this point, identifying the time at which babies begin to differentiate the sounds of their native languages from the sounds of other languages. In her 2010 TED Talk “The Linguistic Genius of Babies,” Patricia Kuhl, PhD, pinpoints that time as between 6–8 months of age and 10–12 months of age. Kuhl’s research shows that around eleven months of age, babies get better at distinguishing the sounds in their own languages and begin to lose the ability to differentiate sounds that they are not regularly hearing. “But babies raised listening to two languages seem to stay ‘open’ to the sounds of novel languages longer than their monolingual peers,” says Kuhl.
All of this means that, while immersion programs, when available, are immensely beneficial, they do not start early enough to capitalize on very young children’s innate biological abilities.

For these reasons, many parents want to introduce a second language to their children well before kindergarten.

A handful of options exist for such families. Children can take local Mandarin play- or music-based programs if available—both are excellent ways to kick-start learning in kids. Other parents might opt to hire a Mandarin-speaking babysitter or caregiver, but such options are not readily available in many areas and can be expensive.

For other moms and dads, it might be tempting to simply plunk their children down in front of the television to watch a foreign-language program. While that may work anecdotally, research suggests that it serves more as a supplemental, entertaining way to enjoy a foreign language rather than a way to learn or practice it. According to new MIT research, it is “conversation turns”—or the back-and-forth conversation with a child—that accelerate a child’s language learning, not just the total number of words they hear (http://news.mit.edu/2018/conversation-boost-childrens-brain-response-language-0214).
Many EdTech offerings, especially apps, have tried to simulate human engagement with age-appropriate games. Studies have repeatedly shown that children excel at learning through play, for a variety of reasons. In her 2016 paper “Learning a Foreign Language through Play,” Polish researcher Ewa Guz writes that play, unlike bedtime or homework, is voluntary. That means it produces “positive emotions such as enjoyment, interest, satisfaction, pride, excitement,” she writes, thereby generating ongoing motivation that keeps kids engaged and wanting to come back for more.

Since language-learning games do not seem like work, children perceive them as simply another fun activity incorporated into the day—a phenomenon Guz calls “hidden practice.” Games can also stimulate creativity, which encourages children to work toward a goal without feeling any academic or parental pressure. It can be a challenge for parents to find foreign language apps that are appropriate for preschoolers, though.

Some EdTech companies are going a step further by bringing language teachers into the home, live over the internet for one-on-one language lessons. PandaTree.com, based in California, has been offering live online Spanish and Mandarin lessons to children since 2014.

“We started off with online foreign language lessons for kids ages five to 15,” says Kristina Klausen, CEO of PandaTree, “but we were getting a lot of requests from parents with kids as young as two to use the program. So we built a new curriculum specifically to meet the learning needs of preschoolers—with songs, games, and puppets, and it has been our fastest growing program. Parents join in the lessons, and they love having the chance to learn along with their child.”

Speaking one-on-one with a tutor ensures the preschooler is an active participant in the lesson, with lots of conversation turns, and the downloadable songs provide opportunities to practice between lessons. The curriculum has been met with enthusiasm from kids and parents alike.

Songs and music are a key feature of the program, and music has been shown to be very effective for foreign language learning. Research shows that singing in a foreign language can accelerate children’s language learning, and many people can learn words to a song more easily than a passage of text. When infants as young as five months old are sung to by a parent for one to two weeks, they can recognize the melody eight months later. Especially for Mandarin Chinese, which the U.S. State Department classifies as “exceptionally difficult” for native English speakers to learn, starting as young as possible makes a difference.

Parents seeking Mandarin options for their preschoolers often face a challenge, as immersion programs, while growing, are still sparse and typically start in kindergarten. EdTech programs, especially ones incorporating live interactions, are beginning to expand the options for children. And who knows? Maybe one of those children will become the next Mark Zuckerberg.

Lauren Cortinas is marketing lead at PandaTree.com and mom to two bilingual children.