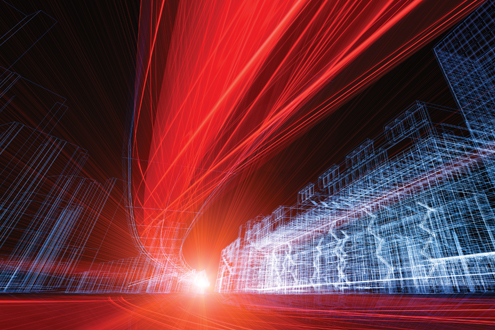 Research has shown that a lack of academic vocabulary prevents English Language Learners (ELLs) from achieving academic success. On average, native English speaking students have learned about 12,000 words by high school (Nagy & Anderson, 1984; Nation, 2006), while secondary ELLs often have to begin their academic vocabulary from scratch. In a limited time, they need to acquire a large number of words in order to pass the state assessments and meet graduation requirements. In addition, academic vocabulary learning on the secondary level focuses more on an in-depth understanding of figurative language using inference, literary, critical, and interpretative skills, all of which pose extra challenge for those students who are still learning basic communication skills and grappling with the literal meaning of words (Dong, 2004).
Over the years, I have worked with both secondary in-service and pre-service teachers in all subject matter areas to develop effective ways of teaching academic vocabulary to ELLs. Based on my recently published book, Unlocking the Power of Academic Words with Secondary English Language Learners, I include a few strategies that can help all ELL teachers address those students’ needs in this area while preparing them for Common Core Standard based curriculum, instruction, and assessment.

Tap into ELLs’ native language and prior learning Effective academic vocabulary instruction begins with effective use of an ELLs’ native language and prior knowledge. Cummins (1979) argued that ELLs’ native language vocabularies influence their second-language vocabulary acquisition greatly because of the linguistic and cognitive interdependences that languages can share. Most secondary English Language Learners (ELLs) have already acquired their native language and some literacy skills in that language and subject matter knowledge from years of schooling back in their native country. These are a rich resource to be tapped into when teaching academic vocabulary. For example, although the word differs in pronunciation and spelling, the concept of evaporation is the same across many languages. ELLs who have already learned this particular science concept may just need to learn how to express the concept in English. One strategy is to teach academic vocabulary using cognates. Cognates are words that share the same, or similar, spelling and meaning across languages. Research (August et al., 2005) has shown that there are many cognates in academic vocabulary between English and Romance languages, such as Spanish, French, or Portuguese. For example, in teaching secondary mathematics, an English language learner who has Spanish language and literacy skills can understand the meaning of coordinates quickly if the teacher mentions the Spanish las coordinadas, a cognate. Teachers do not have to be bilingual speakers to know these cognates. ESL/Bilingual/Foreign language teachers in school can be good resources to ask. Also, ELLs and their peers who speak the same native language can be asked to find the word in their bilingual dictionary. Finally, an online free translation can help the teacher identify cognates in the lesson planning stage.

Another strategy is to use teaching examples that are familiar to ELLs. In the classroom, teachers tend to give examples to illustrate a complex and abstract concept. These examples are given with the assumption that students have years of experience in American culture and previous education in American schools to make a connection. However, when teaching ELLs, those assumptions have to be examined. Many ELLs have experienced the disadvantage of not only lacking academic vocabulary but also having no clue what the teacher’s examples were about. As a result, they became easily overwhelmed and lost in class discussions.

One way to deal with this is to prepare the lesson with ELLs in mind. This means selecting teaching examples which take into account ELLs’ native culture and prior learning. For example, in teaching the concept of biomes, a science teacher can include ELLs’ native countries as one valid example to talk about the types of biomes, weather, temperature, plants, and animals on top of talking about the biomes in the U.S. In teaching the concept of probability, instead of using American cultural examples, such as rolling dice, teachers can ask ELLs to bring coins from their home countries for illustration. Teaching with ELLs in mind requires the teacher to expand their teaching repertoire to update their examples. I had one mathematics pre-service teacher who taught the concept of slope by using architecture examples taken from his ELLs’ home countries. Another used flags from the ELLs’ home countries to illustrate the concept of symmetry.
Even in social studies, a teacher can use ELLs’ prior learning to teach. For example, in teaching about the Korean War, a teacher can invite Korean English Language Learners to talk about what they learned about this topic back in their home country, to enlighten the class about perspectives and historical facts. Culturally familiar examples give ELLs extra motivation to learn because they became the knowledgeable ones who then teach their native English speaking peers or even the teacher. It creates a rich context in which to learn academic vocabulary, because ELLs can relate the new words to prior knowledge.

Use a concept-based approach to teach academic vocabulary
Research has shown an integral relationship between language and thought. Academic vocabulary learning is not just learning a label but most importantly the concept behind the label (Graves, 2006; Paris & Lynn, 2004). Thus, key concept vocabulary should be integrated into every lesson and placed at the center of instruction. Two effective strategies are using analogies to teach concept and cross-cultural concept comparisons.

Many science teachers are big on using analogies to teach complex and abstract concepts. While teaching ELLs, care should be taken in selecting analogies with them in mind. Teachers need to be open to analogies that come from the ELLs’ native cultures even if they may be expressed in another language and may be foreign to the teacher and native English-speaking students. For example, a biology teacher asked her ELLs to come up with analogies to illustrate different parts and functions of a cell. An ELLconjectured that the camel’s humps on its back used to serve the same purpose and function as a vacuole. The analogy was relevant and meaningful to the student, and was accepted wholeheartedly by the teacher, even though it was not something that the teacher had in mind.

Cross-cultural concept comparisons involve students learning academic vocabulary concepts critically and creatively by focusing on one concept at a time (Dong, 2004). For example, in reading The Joy Luck Club with a class of both ELLs and non-ELLs, the concept of shame came up repeatedly in discussions. Capitalizing on this teachable moment, the English teacher decided to launch a cross-cultural comparison on the concept of shame. A few Chinese English language learners became leaders in these groups. Students were also asked to cite from the text to highlight the shame concept, interview their parents for their perspectives on it, search the internet for pop culture definitions and examples, and write about their understanding of both American shame and Chinese shame. The final product was a group-designed concept collage comparing and contrasting the concept of shame between the Chinese and American cultures.

With the advent of Common Core-driven instruction, teaching academic vocabulary along with subject matter instruction is now the job of all teachers. Academic vocabulary should be taught in a context with critical and creative strategies that engage ELLs’ prior knowledge and focus on concept learning. It is only when ELLs are engaged in connecting new words with what they know in their native language and their prior learning that academic vocabulary learning become meaningful and effective.

Dr. Yu Ren Dong is a professor of secondary education at Queens College and the author of Unlocking the Power of Academic Vocabulary with Secondary English Language Learners (2011, Maupin House).