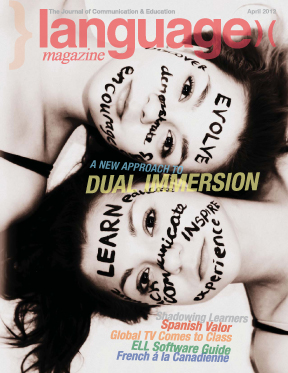 A new report from the World Literacy Foundation estimates that illiteracy costs the world $1.2 trillion a year, and the social and economic impact of illiteracy on the U.S. alone is over $300 billion a year.

The report shows that more than 800 million people across the world lack the basic reading and writing skills needed to accomplish simple tasks, such as reading a medicine label or filling out a job application, costing the global economy more than $1.19 trillion a year.

While these figures are hard to verify, the message is clear: it is impossible to receive education adequate for our information society without first becoming literate.

Just last month, the U.S. Secretary of Education, Arne Duncan, lamented “that the U.S. has a great deal to learn from countries that are out-educating us” during his opening remarks at the International Summit on the Teaching Profession in New York. This idea of an international educational competition has become very popular amongst politicians recently, but it is fundamentally flawed. Fair and healthy competition is based on the principle that everyone starts from the same place. Unfortunately, differing degrees of poverty create an uneven playing field. According to a 2007 UNICEF report on childhood poverty in developed nations, the U.S. scored in the bottom third of the rankings for five of the six dimensions reviewed (material well-being, health and safety, peer and family relationships, behaviors and risks, and young people’s own subjective sense of well-being), and in the middle third for the one remaining dimension — education. Out of 21 countries analyzed, the U.S. came 20th overall, but 12th in education. Yet, we consistently argue that it is our public schools that are failing, and ignore the other factors.

Most of us would expect the U.S. as the world’s most powerful economy to score better than 12th in educational rankings. However, according to most statistical reports, about 25 percent of our children are living in poverty, which puts us on a par with Bulgaria and Mexico rather than economically advanced nations such as Denmark, Australia, Luxembourg, and Norway.
Fittingly, these advanced nations with low childhood poverty and high literacy rates also sport far higher per capita income than the U.S. figure of $48,000: Denmark produces $63,000 per capita, Australia $67,000, Luxembourg $122,000, and Norway $97,000 per capita.

Secretary Duncan continued his address by stressing the importance of effective and adequately prepared teachers. Giving teachers the training and respect they deserve is most welcome, but it suggests again that teacher quality is the flaw in the education system, and that once it is “fixed,” the U.S. will shoot up international rankings of student achievement.
If only it were so simple. Even the most brilliant, well-paid, respected teachers with complete job security cannot be expected to overcome such high rates of poverty on their own.

However, improving teaching conditions along with other programs such as increasing access to libraries and ensuring that children are well-nourished can improve literacy levels and thus overall educational achievement.

Instead of cutting library funding (see News, page 10), social programs, and early reading initiatives while blaming schools and teachers for “unsatisfactory” educational results, we must look deeper into solving the social and economic inequities of our country by making strategic investments to overcome the cycle of poverty and illiteracy.

2012 ELL Software Guide
Technology has revolutionized the way that languages are taught and practiced
Tying Cable to Realia
Melissa Conroy and Amy Ferryman explain how SCOLA is working with local cable TV providers to offer low cost international programming for the classroom
A Day in the Life of a Learner
Ivannia Soto reveals how shadowing learners enables educators to monitor their use of academic language
The New Rationale for Dual Immersion
James Crawford and Sharon Adelman Reyes believe that the key to active learning is the approach to curriculum
Pour Toujours, le Canadien!
Kristal Bivona charts the ongoing demand for French Canadian and suggests where it can be sated
Spanish Valor
With prices dropping, Daniel Ward can’t find any reasons to put off a study trip to Spain
Reviews Kara Hunter gives us some historical pronouncements
Last Writes Richard Lederer is on a teachers list