All Children Should Dream 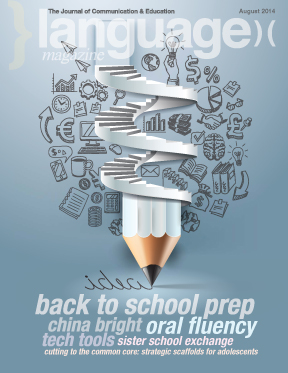 For so-called developed societies, we do a pretty poor job of caring for our young. A basic tenet of all communities — no matter their degree of civilization — is that elders protect and nurture the new generation. This is why we educate, and this is why we should be prepared to educate all children no matter their origin.

We now live in a global society in which actions in one part of the world can have serious repercussions on the other side of the globe. The mistreatment of children, from the atrocious casualties in Gaza, Nigeria, and Mali to the deportation of children fleeing the consequences of the outsourcing of narcotics trafficking to Central America, will come back to haunt us unless humanitarianism prevails soon.

According to official figures, more than 57,000 unaccompanied minors from Central America have been apprehended entering the U.S. since October, twice as many as a year earlier. As the law stands, these children are entitled to a court hearing and education while they wait for that hearing. Teachers across the country are stepping up to this challenge. However, critics are arguing that these rights should be revoked as they may serve to attract such migrants.

Unfortunately, some factions are also claiming that the recent enactments of versions of the DREAM Act in 15 states which deal with tuition prices and financial aid for state universities, have acted as an additional encouragement to these undocumented children. This notion is gaining ground despite it being dismissed by many policymakers, including Nevada Senator Harry Reid, “This humanitarian crisis on our border has nothing to do with DREAMers, children who have lived most of their lives as Americans, even though they were brought here illegally. Yet Republicans would have us believe the two are inseparably linked, which is clearly not true.”

Most of these children come from three countries — Honduras, El Salvador, and Guatemala — where crime and anarchy have escalated dramatically. Honduras has the highest per capita murder rate in the world, while El Salvador and Guatemala come in fourth and fifth respectively. Since the military coup that ousted Honduran President Manuel Zelaya in 2009, violence and repression have continued to increase so the current exodus to neighboring countries is hardly surprising.

Anti-immigrant groups argue that it’s “not our problem” but it is U.S. consumption that fuels the drug traffickers, and whether we are partly responsible or not, we cannot ignore the plight of child refugees. How we treat them is what defines us, and if America is truly the great country it perceives itself to be, then surely we have a duty to embrace these children and not turn our backs on them.

The reality is that, despite the media frenzy, the number of Central Americans seeking refuge in the U.S. is relatively low, especially when compared to the 14 million immigrants absorbed by the nation during the first decade of this century. It’s also worth noting that while the number of immigrants in the country is higher than at any time in American history, the immigrant share of the population (12.9%) was higher 90 years ago.

We have a moral duty to do what we can to improve the lives of children wherever they were born. It is in all of our interests to provide children the world over with the best education we can. As globalization increases and work practices revolutionize, geography will become less important while the ability to communicate successfully will become paramount.

Cutting to the Common Core: My Student’s Can’t Read So How WIll They Write?
Hillary Wolfe recommends building strategic scaffolds to assist adolescent writing