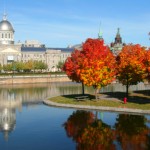 Baird’s deputy minister responded that the personal Twitter account was not under the jurisdiction of the law. However, considering that Baird tweets information on behalf of his department, the investigation aims to determine if he has a responsibility to communicate in French and English in social media. Fraser’s investigation could affect other ministers who also use social media to share government information.

“We’ve never done this type of investigation before,”  Nelson Kalil, spokesman for Fraser, told Torstar News Service. “We’re investigating the government mechanism and the department, and not the individual.”

This is not the first time that Baird has been scrutinized for favoring English; Fraser’s office previously investigated him for allegations of ordering monolingual business cards in English.