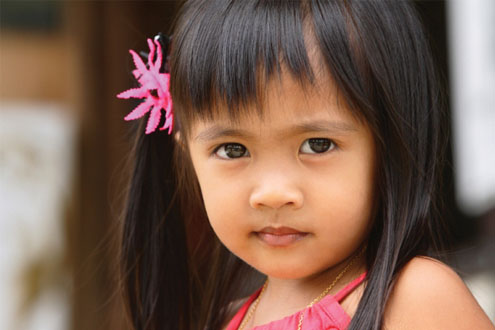 Scientists agree that it is vital to preserve species to keep our ecosystems intact, to provide answers to human health and other questions and to sustain the life of our planet. But what about languages? A language represents a particular view of the world, centuries of unique traditions, and a particular understanding of the environment and how to live with it in harmony. Yet languages, like species, evolve in response to a set of internal and external factors.

BASAbali.org, a U.S. based nonprofit organization, is bringing together Balinese linguists, anthropologists, and language software specialists to develop the first interactive materials for spoken Balinese, a language with only a million speakers left, and Balinese script, which is already endangered.

Many factors contribute to the decline of Balinese. Since independence, the national government, like those of many multilingual countries, has pushed for a unifying, national language — in this case Indonesian — to be spoken in schools, government meetings, and official public settings. The media, which until recently was required to be in Indonesian, encourages children to speak Indonesian. Social networks like Facebook, which are a more popular mechanism for messaging in Indonesia than email, compound the problem since there is a reluctance to use Balinese when it’s not clear that everyone in the “group” can understand. So, Indonesian Bahasa became the default language (until very recently, when the first three Balinese-only language groups were formed).

Globalization has also contributed to the exclusion of Balinese. In situations where Balinese interact with Indonesians from other islands, Indonesian is the local lingua franca, and in interactions with people from further afield, English is spoken. Since tourism is a driving force in Bali’s economy, and growth occurring in the transportation, communication, trade, and hotel sectors contrasted with a drop in agriculture, global economic pressures will undoubtedly exclude the Balinese language further.

Because of a highly complex register system — the nuance of which is lost on most non-native speakers — it is sometimes awkward to speak Balinese. These registers are keyed to the status and age of the speaker relative to the listener, the degree of formality and the subject matter of the conversation. Individual words can be said in different registers, subtly elevating or downgrading the person being spoken to or about. The grammar is fairly fluid and relatively easy to learn, yet substantial contextual knowledge is required to understand the context of a conversation.

By trying to capture some of these intricacies of Balinese in new interactive materials, Transparent Language, is becoming known for its innovative approach to languages. Using dialogues as the basis of learning, it is generously donating the software as part of its program to offer material for all of the world’s languages.

The material will be based on a series of dialogues that will teach increasingly complex conversations. The dialogues will be shot on location in the country, featuring typical Balinese situations, such as buying fruit at a market, planting rice, creating an offering, learning how to play gamelan, or attending a family gathering with native speakers talking as they normally would — including use of appropriate registers — so that learners can mirror and acquire knowledge about how the register system functions. A variety of engaging, interactive exercises will help learners master the phrases in the dialogues and the vocabulary that comprises them. Users will be able to manipulate flashcards, change the voice speed and respond to questions with progressively fewer hints. Grammatical notes will cue learners of the intricacies of the language and cultural notes will help ensure that learners not only learn Balinese, but learn how to speak it appropriately.

The software will include materials on Balinese script for historical and cultural knowledge. Balinese script presents challenges to users beyond interpreting the curls and swirls. Because palm leaves, which were used like paper, were expensive, words were written one after another without spaces. The practice has continued. Most of the characters are actually syllables with vowels put above, below and alongside them. Sacred characters are placed before or after sacred words. Unlike other languages where a character chart allows the speaker to write the words even if they are not understood, with Balinese script, it is critical to understand how the words are constructed in order to properly write them. Balinese script for Microsoft Word is easily available and distributed to Balinese school children to assist them in learning the writing system. BASAbali hopes to supplement with skill-based learning to ensure that they have a solid understanding of written Balinese, and to attain it in a fun, interactive way. The Balinese script material will be animated but appropriate for children and adults.

BASAbali will donate the software free of charge to nonprofits in and outside of Bali and to others at a modest fee to support updates, distribution and tech support. BASAbali foresees that their language materials will be of interest to a wide range of people: local cultural organizations, schools, language centers, heritage learners, expats living in Bali and tourists passing through who might just want to access the cultural notes to get a general feel for Balinese.

Laetitia Chanèac-Knight is a former language teacher and currently the editor of the guidebook Bali with Kids (www.baliwithkids.com). With her background in Applied Linguistics, she has a special interest in multilingual issues. She brings up her two children trilingually in English, French and Bahasa Indonesia.

Alissa Stern is the Executive Director of BasaBali.org. She received a JD from Harvard Law School (1991), a BA in Anthropology and Southeast Asian Studies from Cornell University (1986), and an advanced certificate in Indonesian from IKIP Malang (in Jakarta). She was a student of linguist Professor John Wolff and assisted him in revising the Echols/Shadily/Wolff Indonesian-English Dictionary.