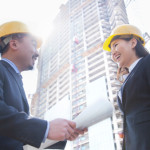 Lu Jingsheng, the Chinese government’s National Coordinator for Spanish, said that in the last fifteen years the demand for Spanish language education in China has “increased 30 fold” without being properly addressed. Job opportunities for Spanish language speakers are growing in China, but without sufficient educational support, resulting in a high demand for teachers. “Spanish speakers in China have a good systematic infrastructure, but strong pedagogical work needs to be developed in order to harness the economic opportunities provided by China,” Lu said. “The amount of jobs for Spanish speakers is constantly growing, especially for teachers. China is a challenge, but also a great business opportunity.”

Approximately 40,000 students are enrolled in Spanish teaching courses in order to meet this demand. This puts the Spanish language on a future path to eclipse traditionally taught European languages such as French and German. This predicted growth in Spanish language speakers in China coupled with the increase of Spanish in the United States – the Institutio Cervantes estimates that the U.S. will be the largest Spanish speaking country by 2050 – means a worldwide surge in Spanish.

The ties between Spain and China have been tightening rapidly since 2013 when the Spanish Minister of Foreign Affairs announced targeted efforts to increase influence in Asia. Despite a lack of Spanish language teachers trade between the two countries has grown, from €2.9 million in 2001, to the current yearly trade revenue of €25 million. However, China’s relationship with Spain will not have as much economic impact as China’s relationship with the Spanish language. China’s demand for Spanish teachers means Spanish-speaking countries other than Spain will be promoted as study abroad destinations.