You can’t speak pǔntōnghuà in China. 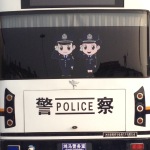 The Chinese Administration of Radio, Press, and Publications is not amused by rampant puns in advertising, television and the news. The Administration showed no sense of humor when it banned the use of puns and “non-standard language,” citing commercials for using wordplay and accusing the media of misleading the public and violating the National Common Language law.

In a statement, the Administration claims that wordplay and puns undermine traditional Chinese cultural self-esteem, cultural awareness, and cultural soft power. The statement suggests that the Chinese people deserve better than puns, and that media outlets have a responsibility to provide good examples of language practices for the good of society, thereby calling for the media to self-regulate their use of language and avoid “language disorder.”

The suggestion for self-regulation is no laughing matter: the Administration calls for networks and production companies to put all media under strict review to ensure that all witty and clever language that could potentially have a double meaning or take liberties with the common language be self-corrected. Advertisement subtitles, images and dubbing must be rigorously reviewed for misused idioms. Program hosts, guests and participants must be briefed on proper common language use to avoid any entertaining banter. In case media companies can’t contain their puns, provincial governments will be allowed to monitor and regulate language, and violators “will be dealt with severely.” In other words, you can pun, but you can’t hide.

It will be a challenge to create engaging media and programming in Chinese without puns, especially to reach an increasingly digitally-savvy audience who is accustomed to creative wordplay. Mandarin, or pǔtōnghuà, is prone to puns as it is replete with homophones. Figurative language is an essential feature of Chinese, which is generally revered for its nuance and complexity.

The international media is more than making up for the puns and criticism that cannot be made in China, from likening the crackdown to Orwellian “Newspeak,” the literal, pun-less language from 1984, to John Stewart’s conclusion that “A world without the pun? That, good sir, is no world at all.”