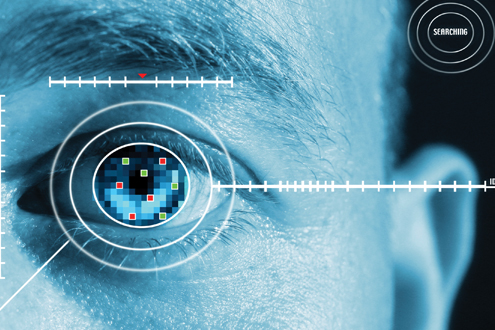 Recent television and radio coverage of situations in which international students without a basic grasp of English have been accepted by U.S. and other universities has highlighted the problem of fraud in international testing. Little systematic data exists on its pervasiveness, and this may even be a case of media hype but assessment companies are taking fraud seriously and doing all they can to prevent students, professors, and administrators from suffering its consequences.

The pressure on some students to succeed at these exams is enormous so it is hardly surprising that incidences of testing fraud vary from institution to institution. When asked how he dealt “with situations in which a student has achieved the required English test score but does not demonstrate adequate command of the language,” Gregg Perry, associate director at the Office of Undergraduate Admissions at the University of Illinois, replied, “We do not experience this. Any issues we have are usually from students who have not submitted an IELTS or TOEFL.” Whereas Shawn L. Abbott, assistant vice president of admissions at New York University, paints a different picture, “I think our most pressing concern is with regard to testing fraud. Any enhancements to testing security would be most welcome by colleges and universities… but we do believe the three English language examinations (TOEFL, IELTS and Pearson PTE) we have approved are the most appropriate examinations to ensure that a student who is admitted will come to NYU with a rapid idiomatic command of the English language.”

The reality is that the issue of fraud in international English examinations cannot be ignored, so students preparing for such tests need to be prepared for the biometric testing which will soon accompany most of them. Many students will naturally feel that these tests are an invasion of privacy and, in some cultures, they may even seem offensive, so student advisors must do all they can to reduce any tension they may cause.

Advisors can start by explaining the negative consequences of testing fraud, such as the problems and costs associated with situations where students are out of their depth linguistically on a program in a foreign country.
It is just as important to explain how the procedures actually work so students are not surprised by them.
ETS, the creator of the TOEFL test, is introducing a biometric voice identification to maintain fair and reliable testing. The newly announced security measure provides an additional proven technique to add to the program’s comprehensive security system in authenticating test takers globally.

The new technology will be used as part of test security investigations in 2012 and, beginning in 2013, will gradually be used on a larger scale. “The inclusion of biometric voice identification technology is yet another tool in the TOEFL test security portfolio to ensure test integrity worldwide,” explains David Hunt, vice president and chief operating officer of ETS’s Global Division. “Including a state-of-the art speaker identification component to the TOEFL’s security system further strengthens our ability to detect attempts to gain an unfair advantage, a common concern in academia today. ETS is committed to identifying and implementing those protocols deemed most effective by leaders in the security industry in safeguarding against fraudulent behavior.”

Pearson PTE Academic test centers around the world are equipped with advanced palm vein recognition technology. The device captures and recognizes the unique patterns in a candidate’s palm veins using non-intrusive, near-infrared scanning technology. New candidates are enrolled in the biometric system during their first test center admission. They are then automatically verified when taking and returning from breaks. They are verified again when taking a test at a future date in any biometrically equipped location worldwide. Palm vein recognition is secure, privacy-friendly, fast, highly accurate, and virtually impossible to forge.

Signatures, photos and palm vein biometrics are time-stamped and packaged together with the test results and test driver keystroke logs to provide a verifiable digital audit trail for each candidate through the entire testing process. All proctor actions, such as starting/stopping exams, are also logged. Digital images (photos and signatures) are also included in the result feeds.

Although the University of Cambridge’s IELTS has security systems in place to safeguard against identity fraud among candidates, it only employs fingerprint scans at some test centers in Australia. Handwriting samples may also be assessed.
Whatever identity verification procedures are used, it is important to remind students that both the actual test and the biometric test are for their own benefit, and keep in mind that most colleges are flexible and can assist students in improving their English. As Shawn Abbott explains, “We have a conditional admission program in which students may be offered admission on a provisional basis. We then expect students to enroll in a summer program on campus where students live in our residence halls for six-eight weeks, signing a language pledge to speak only English, and study English in an intensive immersion program. Upon successful completion of the program, students then matriculate fully into the University.”

Lisa Hagan is a freelance writer who studied Trieste, Italy.