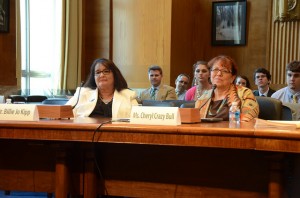 Bipartisan support for the Native Language Immersion Student Achievement Act (H.R.4214/S.1948) and The Native American Languages Reauthorization Act (H.R.726/S.2299) has led to both bills’ approval in the Senate Committee on Indian Affairs.  The bills will now be considered before the full Senate.

“Native Languages are vanishing at an alarming rate, and with them the culture, tradition and knowledge that are so important to the future of Indian Country,” said Senator Jon Tester (MT, S.1948 lead sponsor, S.2299 co-sponsor).  “This bill will not only revitalize Native languages, it will also keep kids in school and lead to greater pride, academic achievement and economic growth in Indian Country.”

The Linguistic Society of America is working closely with the Committee on Endangered Languages and their Preservation (CELP) to raise awareness within Congress about the importance of Native American language revitalization. In June, the Senate Committee on Indian Affairs examined two bills that are pending in both houses of Congress that would promote indigenous languages.

The Native American Languages Reauthorization Act of 2014, sponsored by Rep. Ben Ray Lujan (D-NM), would reauthorize appropriations for a grant program to ensure the survival and continuing vitality of Native American languages. The grant program funds institutions such as tribal community colleges and language preservation programs.

Both bills have gained bipartisan support in the House and the Senate. As this legislation is considered in Congress, the Linguistic Society of America and CELP are calling on voters to urge their congresspersons to support the bills. Voters can write to their legislators through the National Humanities Alliance’s website and letter template here.