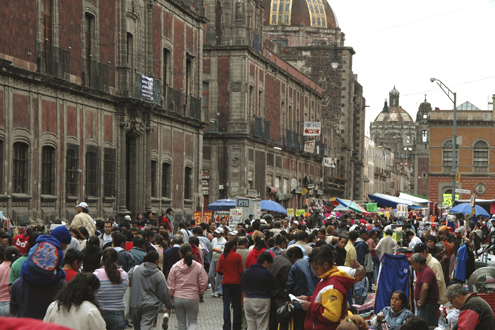 At the recent SICELE (Sistema Internacional de Certificación del Español como Lengua Extranjera) Convention in Mexico City, discussions took place amongst Spanish-speaking countries about cooperation in the development of certification and evaluation of Spanish as a Second Language.

At the convention entitled “Unity nad Diversity of Spanish: Advances in the Certifification of the Spanish Language,” the Instituto Cervantes presented the upcoming International Certificate of Spanish, which will be available online.

SICELE is a multilateral initiative in which about a hundred universities and other entities from Spain and the rest of the Spanish-speaking world work together to standardize and control the quality of the teaching, learning, and certification of Spanish. this helps to assure quality and harmonization of instruction and ensures wider acceptance of degrees and certificates in the language by speakers of other languages.

One of the most notable initiatives presented at the event was the new online, International Spanish Certificate which is being developed by the Instituto Cervantes, Mexico’s UNAM, and the University of Salamanca.