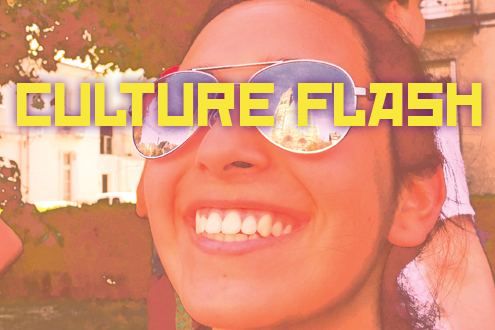 Fireworks lit up the Spanish sky in Burgos over the Río Arlanzón, and second only to the colorful explosions was the spectacle of our group: a laughing, crying, shrieking, and applauding gang of Americans so thrilled to take part in the festivities that kicked off the weekend of celebrations for the patron saints San Pedro and San Pablo. Fireworks are a handy metaphor for understanding educational tourism — while study abroad is like a whole fireworks show with moments of stillness in between bursts of light, educational tourism is pure grand finale. Educational tours are short and intense; at best, they offer the most interesting and important places to learn the most about a culture and country at a pace too fast to get bored and in a span too short to get homesick. By the end of a successful educational tour, students have whetted their appetites for learning about the world, their minds are open wide, and they are already devising plans for going abroad again, somehow.

I accompanied Amy Cullum’s group from Wes-Del High School in Gaston, Indiana, on the Glories of France and Spain by CHA Educational tours, which consisted of eight nights starting in Madrid and heading up northeast to Paris, stopping along the way. Mrs. Cullum is the only Spanish teacher at her school. Her time studying abroad in Madrid as a student was pivotal in her choice to teach Spanish for her career—and Mrs. Cullum bleeds love for Spain and all things Spanish. On this trip, she brought along her two sisters, who were finally able to see where she lived and witness Mrs. Cullum in her element: speaking Spanish and infecting her students with her contagious passion and enthusiasm. Along with Mrs. Cullum’s sisters, other adults also chaperoned the trip. Roughly half of the students had a parent or other family member traveling with them, which made the tour not only educational, but also an opportunity for making family memories. For many of the students, this trip was their first time outside of the U.S. and their first time on an airplane, and many firsts would ensue as they ventured to try new foods, like calamari and gazpacho, rode the high-speed train through the Loire Valley, and watched the sunset over the ocean in Biarritz.

“I think it’s like a book, it opens up their world,” Mrs. Cullum explained to me while we were on the TGV (French 200-mph trains) to Tours, France. “It opens up their vocabulary, their knowledge, their experiences. I think it also allows them to see that there’s a life outside of where they’re used to, and it gives them courage. They become fortified and see that they can step outside of their box and that they can experience something else. Every moment that you’re overseas with them, from boarding a train to getting euros at a casa de cambio to cafecito in the morning, everything is a learning experience.”

Making the World a Classroom
From the moment we met our tour director, Fernando Salmones, the educational aspect of the tour began. On the deluxe coach that picked us up from the airport and would become our main mode of transportation for most of the trip, Fernando began pointing out interesting buildings and explaining the history of Madrid. On that first day he took us to the heart of Spain—quite literally the geographical center—the Puerta del Sol. As a polyglot with decades working in the tourism industry and a wealth of knowledge about European history, Fernando was highly qualified to lead us. He was flexible when the unforeseeable happened, he was patient with everyone, and his knowledge about the places we visited was incredible. As an artist himself and a graduate student of art history, he was an expert and uniquely trained to teach us about the countless artworks we encountered on the trip. He even got the students excited about art, cathedrals, and history.

“They are at an impressionable age as teenagers, and a trip like this can influence young people’s lives forever,” Fernando remarked. “It’s difficult to study a language without being in touch with the culture, and with traveling they discover a world that’s not accessible through books. There’s no comparison to being immersed in the culture.”

The Glories of France and Spain included visits to the region’s most important museums, palaces, and cathedrals, and each visit was carried out in a way such that the students learned about history, life during a given period, and how history has shaped Spain and France today. Specialist guides led us on bus tours around Madrid and Paris and to main attractions, such as the Palacio Real in Madrid. Other visits along the way included an audio guide, such as when we marveled at the château de Chenonceau in the Loire Valley.

The night in Burgos was unexpectedly magical for the students. They experienced an authentic Spanish-style celebration in the street—the kind textbooks mention but never do justice—the festival of San Pedro and San Pablo. The city was brimming with joy as thousands of families came from neighboring towns in their best clothes to enjoy the beautiful decorations and fireworks display. The group had been introduced to Burgos long before the trip, as it is one of the major stops on el Camino de Santiago, a Christian pilgrimage route to the burial place of St. James dating back to the ninth century. Before coming to Spain, Mrs. Cullum taught her class all about el Camino and shared her future plans to complete the pilgrimage herself. Seeing the route in real life after studying it in Indiana is one example of how our tour propelled the students’ Spanish education. The students were able to identify the scallop-shell symbol showing the way, and chatted with pilgrims whom they had identified by their walking staffs adorned with shells.

Learning took place out and about, but also in traditional educational spaces. The tour included visits to a number of museums, such as the Prado in Madrid, the Louvre in Paris, and the Guggenheim in Bilbao. As any teacher can attest, teenagers don’t always make the most out of museums. However, in our case, Fernando prepared us to behold and think critically about the works of art. At the Prado, we learned about the importance of artists to the monarchies, and the most prevalent interpretations of Velázquez’s Las Meninas and Goya’s La Maja Vestida and La Maja Desnuda. After we had learned about the masters of the European arts, our trip to the Guggenheim challenged the students to consider the age-old question: What is art? As they gawked at the exhibition of Jeff Koons’ shiny sculptures and soft-pornographic works starring himself and his ex-wife, the Italian porn star-cum-politician, la Cicciolina, the students engaged in an unprompted discussion about the integrity of modern art and expressed their opinions and reservations about Koons’ work.

In Paris, our trip coincided with a triple-digit heat wave that made walking the city difficult and uncomfortable. Fernando took the opportunity to take us to the air-conditioned and breathtaking Petit Palais, which boasts free admission, Rococo-style ceilings, and an eclectic collection of art spanning Renaissance-era paintings and tapestries to contemporary sculptures. To avoid the crowds and lines in the hot sun outside of the Louvre’s famous pyramid, Fernando took us underground through a less-popular entrance to the museum, saving us from certain sunstroke.

Learning Independence
The educational tour experience was cushy and very well planned, but that did not prevent the students from learning how to thrive outside of their comfort zones and how to be independent travelers. In Madrid, Paris, and Bilbao, we used light rail and the public buses to navigate the cities, which was a new experience for these students from a rural part of the U.S. On our adventures in public transportation, the students became familiar with how to purchase fares, how to navigate using maps, and paying attention as to not miss their stop, all of which are essential life skills for adulthood.

There were acute moments of culture shock, such as the beach day in Biarritz where some women went topless and confronting homeless families in the streets of big cities, but the group made an effort to play it cool. Mealtime was always an adventure, and even though the food was quite different than what the students were used to having in Indiana, most of them approached new foods with open minds and mouths. Tapas in Madrid and Bilbao were the group’s favorite meals hands down, not only for the delicious morsels themselves but for the style of eating a variety of small dishes. Mrs. Cullum reminded them of the European way of holding silverware (fork in the left hand, knife in the right) and challenged them to eat like locals. She encouraged them to use their Spanish at every opportunity in Spain and use their best s’il vous plait and merci even though no one had ever taken French. More than anything, she encouraged them to recognize differences while respecting local customs and have open minds to other world views. That lesson alone is the best any language teacher can hope to instill in students.

Mrs. Cullum has been taking students on CHA tours since 1992. The tours are a huge undertaking for her: the safety and wellbeing of the group is her sole responsibility in the eyes of the school.

Mrs. Cullum prepared the group for a whole year, holding meetings, requiring both the students and the adult chaperones to prepare reports about the places they would visit, and organizing every possible detail in advance. She explained to me that the rewards and the impact educational trips have on the students make it more than worthwhile.

“Just seeing the kids’ faces when they see something for the first time—it’s amazing because it really comes alive for them. It’s not even a Pandora’s box, it’s a music box. All the notes come together to play the song and it’s a life-changing moment for those students, and every time I see that, my life changes for the better.”

Mrs. Cullum’s students and their chaperones went home with big dreams for traveling and studying abroad in the future and new motivation for continuing their Spanish-language studies. As for Mrs. Cullum, she’s already planning her next CHA tour.

Kristal Bivona ­­is assistant editor at Language Magazine and a PhD student in Hispanic Languages and Literatures at University of California, Los Angeles.