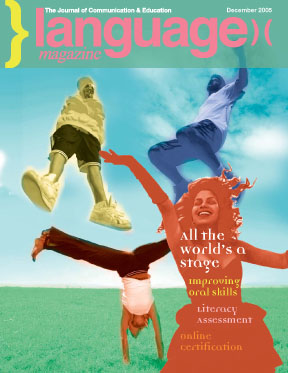 The U.S. could recoup nearly $200 billion a year in economic losses and secure its place as the future economic power of the world by raising the quality of schooling by investing more money and other resources in education, according to evidence presented at a recent Columbia University symposium.

Researchers presented evidence that the country’s health-care, crime, and welfare costs could be crippling in the decades to come if the inadequate schooling received by too many American students is not significantly improved.

Unfortunately, it is minority students who the most underserved by our educational system, and, therefore, the most likely to drop out. Enrico Moretti, an economist speaking at the symposium, estimates that a one percent increase in graduation rates nationally would correlate with about 100,000 fewer crimes annually, which would save the nation $1.4 billion a year in law-enforcement and incarceration costs. “It’s hard to think of a better reason for investing in public schooling,” he said.

After last month’s rejection of the administration’s huge health, education and labor funding bill that aimed to trim $1.4 billion in spending, Congress seems to be starting to see the sense in investing in education. The bill sought to make significant cuts to job training, Head Start preschool programs for poor children, and even President Bush’s signature education No Child Left Behind initiative would have suffered deep cuts.

It remains to be seen what the outcome of this bill’s rejection will be, but one thing we know for sure is that it will not be replaced with a plan to increase discretional, educational spending even though there is such a clear argument that not only does it make social sense to increase such spending, it makes economic sense.

Of course the bulk of educational spending is the domain of state budgets, so it is only at the state level that real change can occur. California’s Governor Schwarzenegger has first hand experience of the fallout created by cutting educational spending. Since his “reallocation” of education funds, his popularity has plummeted and all four of the ballot initiatives backed by him were defeated last month.

Now that professors from Yale, Princeton, Harvard and Columbia are arguing that increased educational spending makes economic sense, maybe there’s a chance that our legislators will realize that it is not only in the interests of the underprivileged to invest in education.

Improving Performances
Music and drama are very effective in accelerating language acquisition, so Hannah Zeiler suggests a selection of products to help make the holidays fun and productive

Reviews
Jazz up Your Japanese with Onomatopoeia