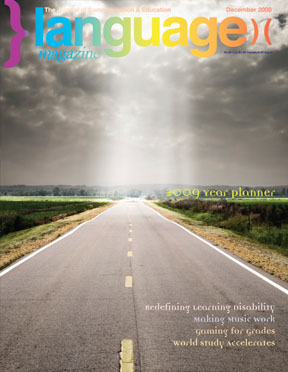 Although it may seem inappropriate to look on the bright side when so many of us are hurting, the current economic crisis offers us a golden opportunity to rethink, retool, and refinance America’s greatest asset — its people. And, at the same time, recognize and capitalize on the diverse demographic that has emerged since the last New Deal.

President-elect Barack Obama and his aides are promising a Newer Deal to get the nation back to work by funding the renovation of our nation’s tangible infrastructure without a plan to restructure, refund and rebuild our educational infrastructure. Nobody knows better than Barack that education is the cornerstone of success in today’s developed economies, yet he recently ranked it fifth among his priorities.

However symbolic it may be to build new roads, new bridges and new buildings, such achievements pale in comparison with the building of the next generation, yet education is not seen as the economic imperative we know it is.

Evidence has shown that the crucial factor in our economic success during the last century was our school system — which was the best in the world but has struggled to cope with urban expansion over the last few decades. By the 1930s, a majority of American children attended high school. In contrast, as late as 1957, only nine percent of British 17-year-olds were enrolled in school. By 1970, half of American students were attending a university. For most of the 20th century, America prospered while the gap between rich and poor narrowed. Then in the 1970s, high-school graduation rates flat lined at about three-quarters of all students, and income inequality began to increase again.

The U.S. is the only country in the industrialized world where children are less likely to graduate from high school than their parents were, according to a new study by the Education Trust. Another recent study found that if American students did as well as those in several Asian countries in math and science, our economy would grow 20 percent faster.

During his presidential campaign, Barack Obama pledged that, if elected, he would make “a truly historic commitment to education,” including support for transitional bilingual education, world language training, early childhood programs, after-school programs, tuition subsidies for higher education, funding to recruit and retain teachers, and full funding of No Child Left Behind.

Now that the financial markets are expecting it, Mr. Obama has no choice but to formulate a vast stimulus package to relieve short-term economic woes. With his mandate and the expenditure already agreed, our new President should promote education to the top of his priorities, give schools and teachers the resources they need to succeed, and make a shrewd investment that will reap returns for generations.

2009 Year Planner
416 listings for the year and days ahead detailing conventions, workshops, celebratory dates, and grant deadlines for language professionals