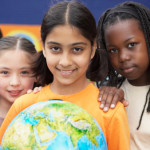 Parents of English languages learners (ELLs) often place their children in English language based classroom in hopes that they will pick up the language, but bilingual education may be the better decision. A recent study by the Houston Education Research Consortium found that students learning English as a second language are more successful when they are continually taught in their native tongue. The study is one of the first solid results from the Houston International School District’s (HISD) two-way dual language program.

The dual language education program was not only beneficial to ELLs but to the English native speakers who participated. “Parents should know if you want your kid to know something besides English, the best time to do it is when they’re little, not high school,” said Ruth N. López Turley, director of Houston Education Research Consortium. The primary difference in the program is the mix of students. Rather than isolating ELLs in separate classes, including them in a dual language program results in greater cultural understanding and language skills all around. Turley continued, “From the district’s perspective, I’d want to keep expanding these programs, despite the expense, because [we’re] getting results.”